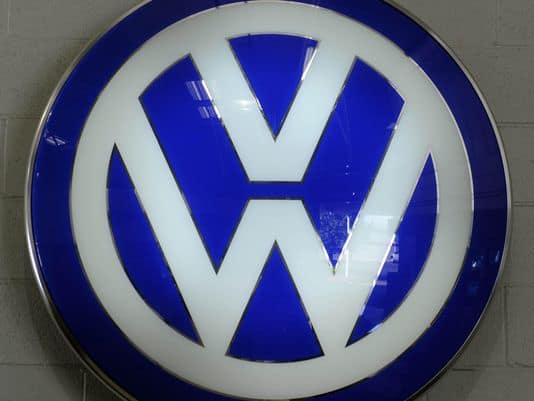 Washington — Volkswagen AG has launched a new subsidiary to manage the $2 billion it’s required to spend to boost the use of zero-emission and electric vehicles. The requirement is part of the German automaker’s $14.7 billion settlement with U.S. regulators for rigging hundreds of thousands of cars to cheat pollution standards.

Volkswagen said Tuesday that the new company, which will be known as Electrify America, will be a standalone organization that will manage funding of the effort to promote zero-emission cars. The company said the money will go toward development, construction and maintenance of infrastructure, including charging stations.

Volkswagen said the new company will be led by Volkswagen of America Inc. Chief Operation Officer Mark McNabb, who will now be CEO of Electrify America and report to VW Board of Management member Francisco Javier Garcia Sanz.

“Mark has extensive knowledge of the U.S. automotive industry, broad experience managing small and large organizations and strong leadership skills. I have every confidence in his ability to lead Electrify America in its mission to power electric mobility from coast to coast,” Garcia Sanz said in a statement. “He has done tremendous work over the past 18 months to help make things right for our customers and dealers through the TDI settlements we have reached in the United States and I am delighted that he will also continue to oversee implementation of the TDI settlement program.”

Volkswagen’s settlement, which was approved by a federal judge in October, calls for the company to provide $1.2 billion for federal zero-emission vehicle research and $800 million to help fund similar efforts in California, which helped catch the German automaker in the act of cheating U.S. car pollution rules.

The funding is part of an agreement that calls for Volkswagen to pay more than $10 billion to either buy back or repair about 475,000 2-liter diesel vehicles that were sold between 2009 and 2015, and were built with devices to trick emissions testers.

Volkswagen has also agreed to spend $1.2 billion to fix or buy back about 78,000 3-liter diesel vehicles that were rigged to cheat U.S. emission standards. The company has also agreed to plead guilty to three criminal felony counts for what regulators called a 10-year conspiracy to cheat federal pollution standards; the U.S. government has indicted six present and former Volkswagen AG executives. Volkswagen is also being forced to pay $2.8 billion in criminal fines and $1.5 billion in civil penalties related to the fraud.

Volkswagen has admitted to programming its diesels to trick emissions testers into believing the engines released far less pollution than they actually do, in violation of the federal Clean Air Act. Regulators have said that in normal driving the cars emitted up to 40 times more smog-causing nitrogen oxide than the legal limit.

Under the agreement, Volkswagen also will compensate owners who purchased 2-liter diesels before September 2015 with payments of $5,100 to $10,000, depending on the age of the car. Volkswagen will also have to pay $2.7 billion into a federal environmental mitigation trust fund.

Critics have accused regulators of forcing Volkswagen to pump funding into the U.S. electric car market at a time when sales figures show that drivers are turning to larger vehicles like SUVs.