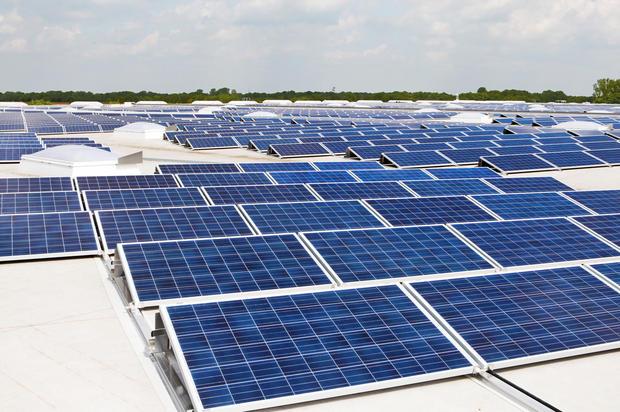 Solar power and electric cars could halt fossil fuels by 2020 By Karen Graham     6 hours ago in Environment Digital Journal

Fossil fuels will soon be a thing of the past as renewable energy sources are being embraced globally and the technologies behind electric cars, solar and wind power make them less costly to consumers.

The coal and oil industries are seriously underestimating the impact the renewable energy industry is making on the world. Technological advances have resulted in innovative manufacturing and less costly production methods, making end products in the electric vehicles and the solar and wind energy sector more affordable.

The world really is embracing renewable energy. And as Digital Journal reported in November, nanotechnology is now being tested as a means of transforming sunlight into thermal energy.

A photovoltaic (PV) module is a packaged, connect assembly of typically 6×10 solar cells. Solar Photovoltaic panels constitute the solar array of a photovoltaic system that generates and supplies solar electricity in commercial and residential applications.

In October 2016, Digital Journal reported on the first steps being taken to generate lower cost ‘green’ electricity through a combination of concentrating solar power and thermoelectric materials.

Electric vehicles are taking to the road

Continuing research, innovation and emerging technology, such as using printable solar photovoltaics in the production of electric cars will see EVs making up as much as a third of the world’s road transportation by 2035, according to a new report by the Grantham Institute at Imperial College London and the Carbon Tracker Initiative.

Luke Sussams, a senior researcher at Carbon Tracker, said: “Electric vehicles and solar power are game changers that the fossil fuel industry consistently underestimates.” James Leaton, head of research at Carbon Tracker adds “There are a number of low-carbon technologies about to achieve critical mass decades before some companies expect.”

And even though the Trump administration has created fears of the U.S. pulling out of the Climate Change pact, and promising to resurrect the coal industry in this country, it will end up being an empty gesture on his part because renewables are the wave of the future.