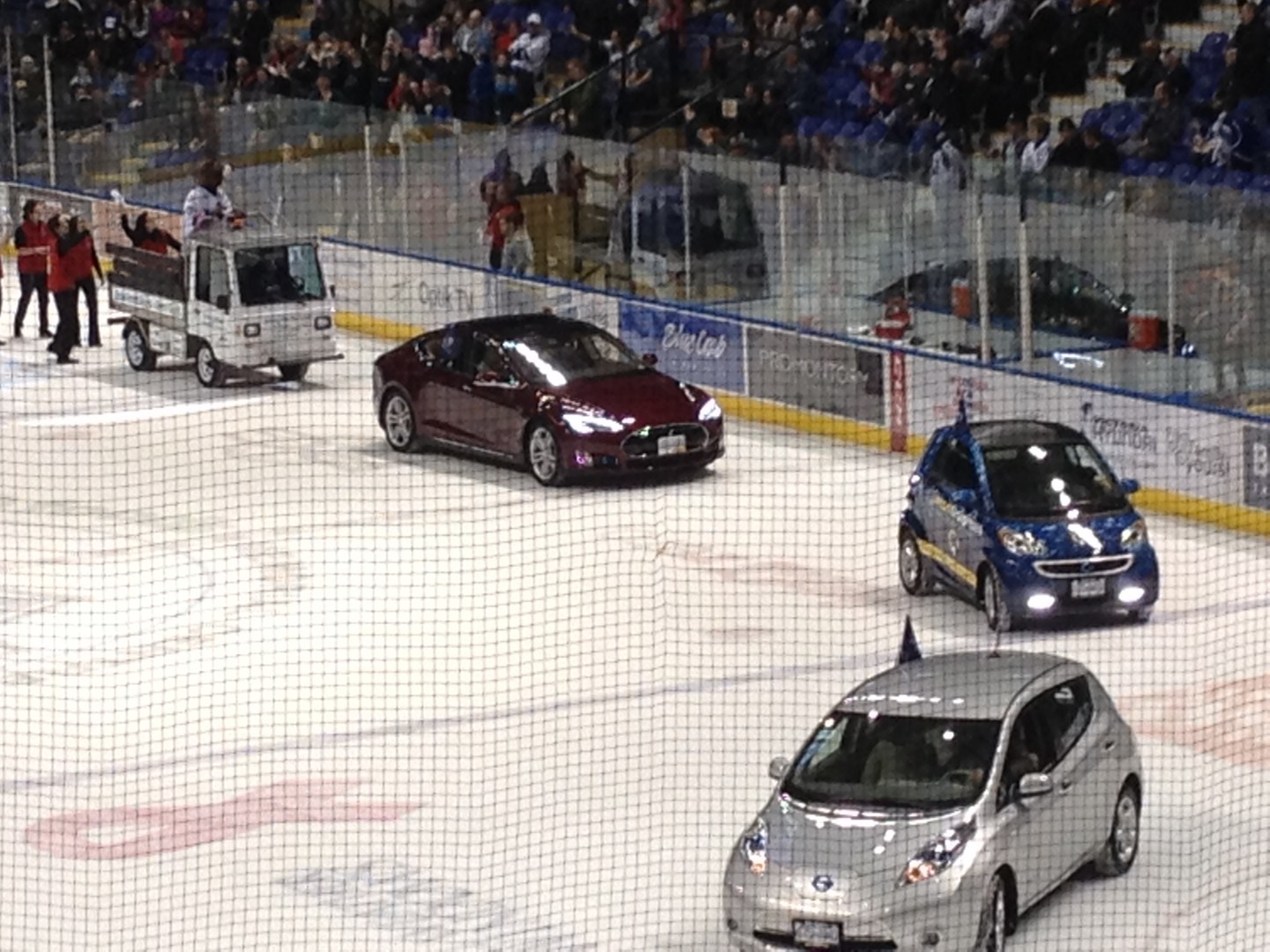 Some of you may remember the pre-Christmas thread about how various electric cars handle on the ice. That led to Manfred from the Victoria LEAF Club inviting me to bring my Model S to be part of the “Return of the Electric Car” night tonight in Victoria at the Giants/Royals hockey game.

The Victoria LEAF Club had brought out a large # of local electric cars of various stripes – a huge # of Leafs, several Model Ss, some i-MiEVs , electric Smarts, and even more. They were around the arena outside, and in the oncourse.

And during the first intermission, I joined the parade of a total of 4 different kinds of electric cars out on the ice. So I’m glad that, just prior to when the below shot was taken, I did have a clear shot at the goal. I saw the chance, there was no danger, and did pound it enough to spin the wheels a bit on the ice. Couldn’t stop myself. Felt just like days of old with a volkswagon dune buggy on the frozen sloughs of Alberta…

Good fun all around. And at least one more Tesla order was confirmed tonight as a result. Great interest from the 5000+ fans there. Perhaps VEVA should consider doing something similar at a Giants game sometime.