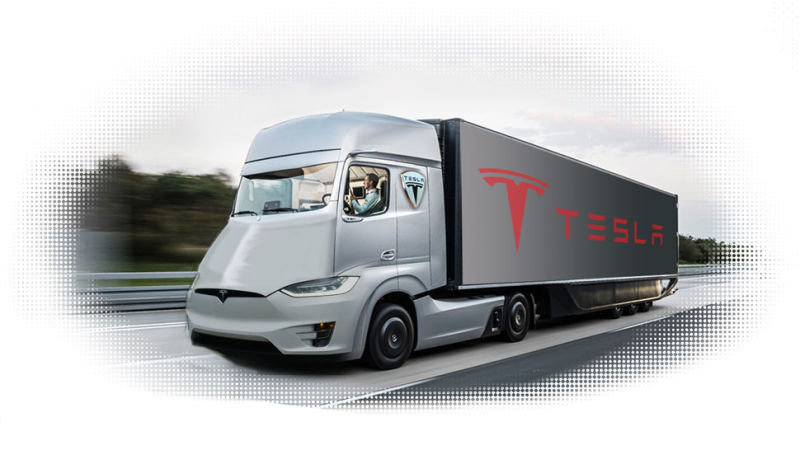 When Elon Musk finally emerged from pulling his small-amounts-of-crack-fueled all-nighter and finally delivered his new Master Plan Part II, it proved to be full of some interesting ideas. Of those ideas, I think the plan for Tesla to build a semi heavy-duty truck is by far the smartest, and offers some really interesting possibilities.

The idea for Tesla to build a large, long-haul trucking vehicle came from the section of the Master Plan modestly titled “Expand to Cover the Major Forms of Terrestrial Transport.” Interestingly, Musk didn’t mention any plans for shoes or skateboards, but did have this to say, emphasis mine:

In addition to consumer vehicles, there are two other types of electric vehicle needed: heavy-duty trucks and high passenger-density urban transport. Both are in the early stages of development at Tesla and should be ready for unveiling next year. We believe the Tesla Semi will deliver a substantial reduction in the cost of cargo transport, while increasing safety and making it really fun to operate.