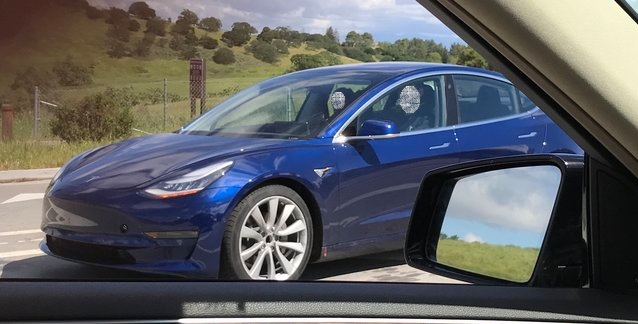 We had so far only seen a black vehicle, but it looks like Tesla is expanding its fleet for testing on public roads with a new blue prototype.

Tesla’s fleet of release candidates are used for testing internally the performance and production processes, but a few vehicles are also being tested on public roads – always not too far from Tesla’s headquarters in Palo Alto.

The new blue prototype was spotted on the 280 highway – again not too far from Tesla HQ.