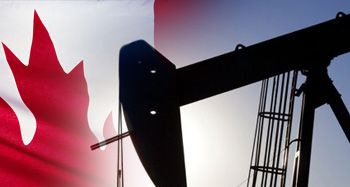 CALGARY –  Canada’s energy industry gathered at a petroleum museum Monday to consider how electric cars threaten oil, the country’s biggest export, especially if battery-powered cars make up 50 per cent of vehicles on the road by 2050 as projected.

Peter Tertzakian, executive director of ARC Energy Research Institute  — which organized the event — said even a slow or modest adoption rate for electric vehicles over petroleum-burning vehicles could cause pain for oil producers because “when demand moves, the price of oil moves,” which could result in large losses for higher cost oil producers.

Cars and trucks currently account for 40 per cent of the worldwide demand for oil, meaning electric vehicles could represent a large market share threat to the oil and gas industry depending on how quickly consumers replace their conventional cars with hybrids or electric vehicles.

Tertzakian said there are currently more than 1 billion cars and trucks in the world – a quarter of those are on the roads in the U.S. – and electric vehicles make up less than one per cent of the mix, but the proportion is projected to grow.