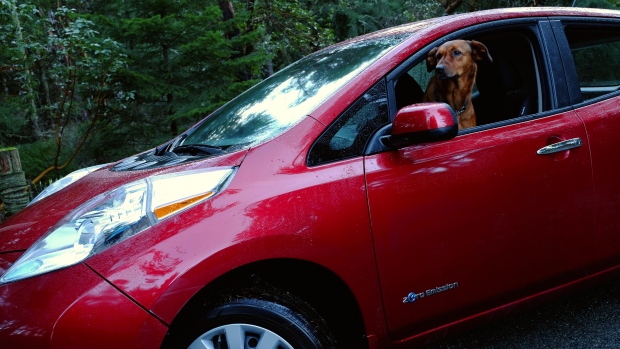 In most places the electric car revolution is still a long-term dream — but not on Salt Spring Island.

There, local residents have taken to emission-cutting EVs (electric vehicles) in such a big way that one person believes the island can now lay claim to the title “electric car capital of Canada.”

“We drink a lot of coffee here and one day we were sitting around trying to count the [EVs]. Later it became let’s count the red [Nissan] Leafs,” said Jim Standen, Salt Spring’s self-proclaimed electric car registrar.

“So I created a database… and one thing led to another and now we’re at 111 electric cars, when statistically in Canada we should only have five.”