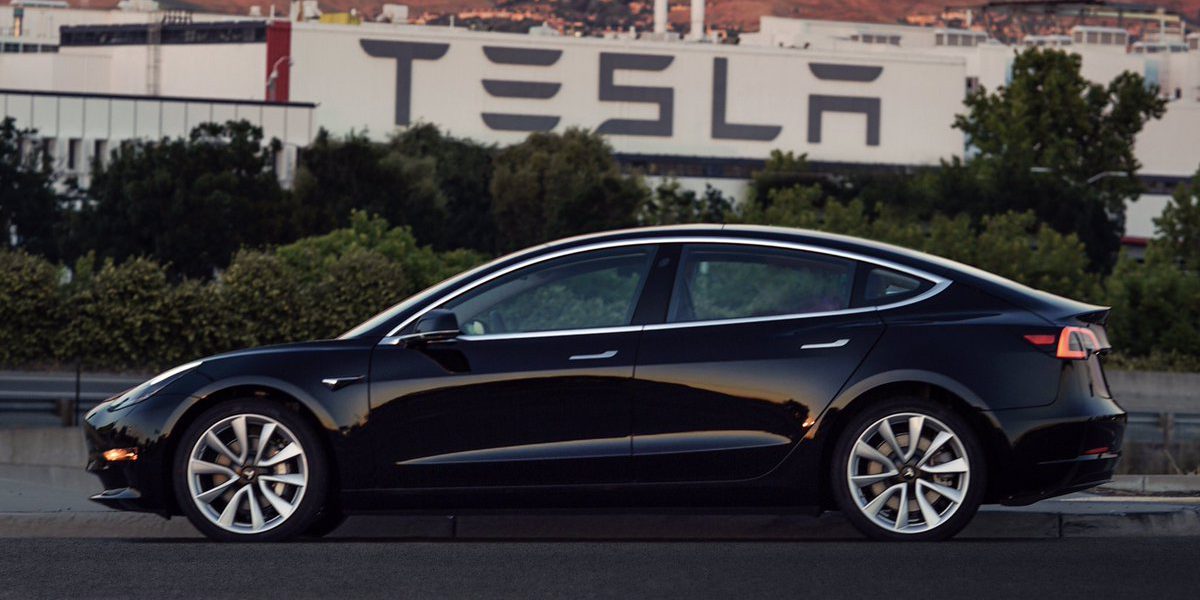 Tesla Model 3: pictures of the very first production unit at the factory After confirming that Tesla completed the first Model 3 production unit at the Fremont factory late on Saturday, CEO Elon Musk has now released the first picture of the historic vehicle and a few more shots have leaked.

The vehicle seen in the pictures is actually Musk’s own Model 3 since he was gifted the first place in line by Ira Ehrenpreis, an early Tesla investor and board member, for his birthday.

He apparently chose black for the color and the bigger 19″ wheels though his options were supposedly somewhat limited. As he himself confirmed earlier this year, Tesla is limiting the number of options on the early versions of the Model 3 in order to limit the number of possible different configurations to fewer than 100 compared to the Model S’ more than 1,500.

Tesla is attempting to simplify the ordering process and the production in order to facilitate the ramp-up of the mass market electric vehicle. More options are expected after they reach higher volumes.