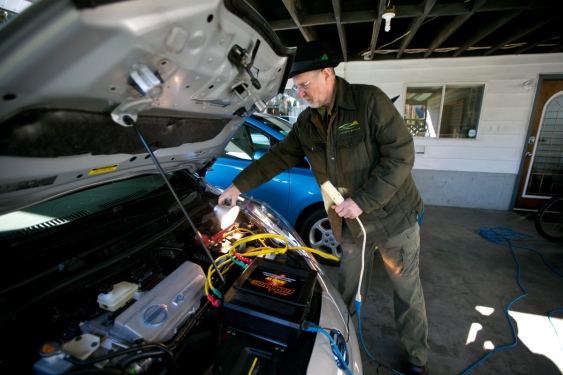 As our VEVC president, Manfred Wissemann has demonstrated, using an electric vehicle to power household appliances and lights during a power outage with the help of a power inverter can be quite helpful during an emergency.

* The daily energy values listed here are for the most efficient units in their class and the information was obtained from Consumer Guide to Home and the General Electric website. Chart source

So when purchasing a power inverter, you should take into account what you are trying to charge and how many watts you need to charge.