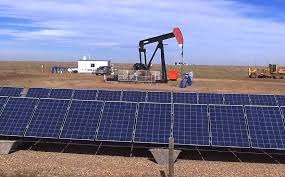 Depending on how you look at it, worldwide reports seem to indicate that the oil industry has fallen on hard times and jobs are being lost. However, the solar energy sector shows world wide gains in job numbers. Currently about 2.3 million people worldwide work either directly in renewables or indirectly in supplier indus­tries.

Is that not what we want? And is that not inevitable as the adoption of  electric cars and renewable energy is moving forward almost everywhere in the world?

Many countries are doing their part to help this effort:

You really do not have to be Nostradamus to predict the success of the of the global renewable energy effort. So put on a clean white coat and work in the renewable energy industry, a future which is here now. Why drive a gas car and make us and the environment sick? Many people are saving money from their investment in an electric vehicle translate into money in their pockets.