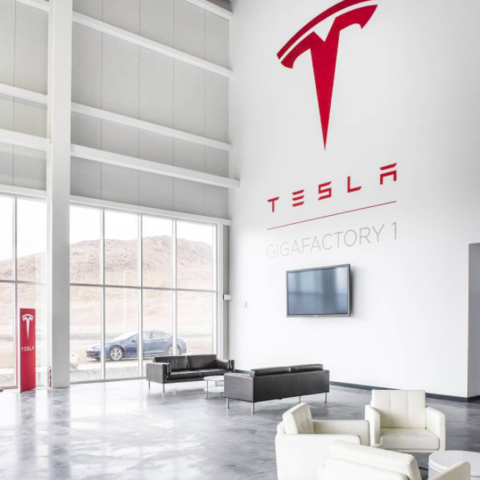 Elon Musk: Gigafactory 2 Will Be Located In Europe, Will Produce Batteries And Cars

Elon Musk: Gigafactory 2 Will Be Located In Europe, Will Produce Batteries And Cars

7 hours ago by Steven Loveday 30Comments Inside EVs

According to Tesla CEO Elon Musk, Tesla is in the early stages of development related to a “Gigafactory 2” located in Europe. This all comes after, according to Musk, Tesla has embarked on its first substantial acquisition thus far.

Inside Tesla’s Gigafactory In Nevada

The most surprising bit of information that Musk revealed was that this upcoming Gigafactory will not only produce batteries, but also vehicles. Over the past four years, Tesla has achieved a production ramp up of about 400 percent. It will need to do the same, if not more, inside of the next two years, in order to reach production goals of 500,000 vehicles a year.

The new Gigafactory concept will house the whole production process under one roof. Of course, this is only said to be the intention for Gigafactory 2. However, there is nothing to say that, if needed, the current Gigafactory can’t be molded into the same concept, or more Gigafactories in the future, could function this way. Especially if all goes well. It is not as if the current Gigafactory doesn’t have the space, or the ability to further expand (which has been the supposed plan all along).

Musk explained during a press call surrounding the acquisition of Grohmann:

“This is something that we plan on exploring quite seriously with different locations for very large scale Tesla vehicles, and battery and powertrain production; essentially an integrated Gigafactory 2.”

Musk further elaborated on Gigafactory 2 specifically being a Gigafactory, combined with a vehicle production facility. He also said that the new project will move forward once Tesla has time to assess Model 3 production. It is slated to begin sometime in the middle of next year, with high volume goals set for the end of 2017. Musk concluded:

“There’s no question that long-term Tesla will have at least one –, and maybe two or three – vehicle and battery factory locations in Europe.”

Tesla Gigafactory dimensions expressed as only Tesla can

Tesla and Musk have been driving home the “machine that builds the machine” concept as of late, and the company believes that the Grohmann acquisition, coupled with the second “all-encompassing” Gigafactory in Europe, is the answer. Tesla reported (referring to a Gigafactory 2, automated by Grohmann) :

“Combined with our California and Michigan engineering facilities, as well as other locations to follow, we believe the result will yield exponential improvements in the speed and quality of production, while substantially reducing the capital expenditures required per vehicle.”