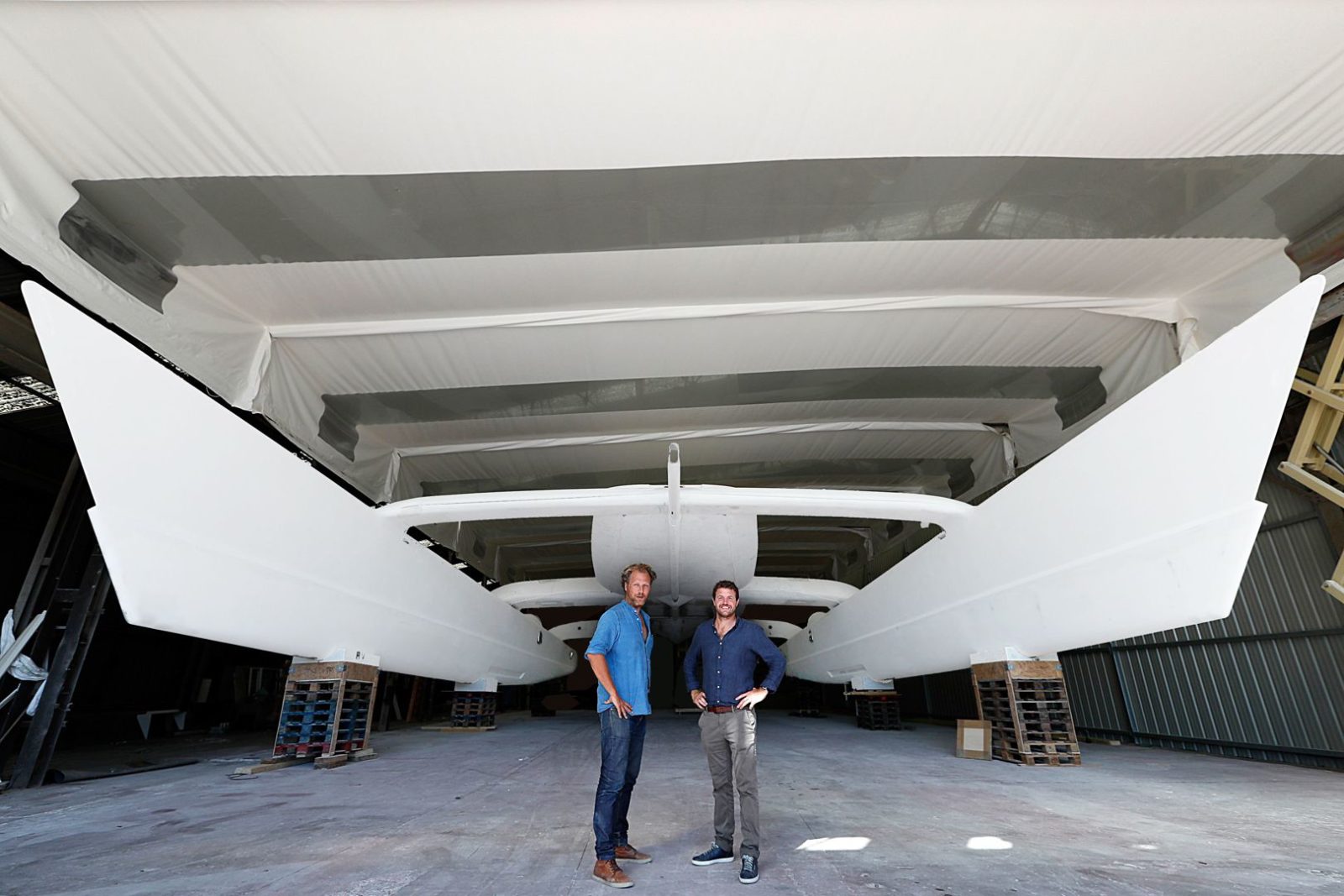 Remember Solar Impulse 2, the solar-powered plane that circumnavigated the world in July 2016? This could be the ocean-going equivalent. In a bid to prove the effectiveness of hydrogen as a renewable fuel, Victorien Erussard and Jérôme Delafosse will sail around the world in a boat powered by the gas – made from the elements they encounter on the way. “The problem is that 95 per cent of the hydrogen that you use already is made out of fossil energies,” says Delafosse. “We will produce hydrogen onboard from the ocean, we will clean and purify the water and then we will electrolyse it and then compress it in tank storage.”

The Energy Observer, which sets sail from Paris in May 2017, is an ex-racing catamaran that can generate hydrogen from 130 square metres of solar panels, two wind turbines, a traction kite and two reversible electric motors. Explorer Delafosse, 45, and Erussard, 37, an experienced offshore racer, partnered with French research centre CEA-LITEN to develop the technology. “When we are over-producing energy, when we have a lot of wind and sun, the idea was not to waste this energy and to just keep it on board,” says Delafosse. “Hydrogen is the best way to do this because it’s very light and the efficiency of hydrogen is three times more than just fuel.”