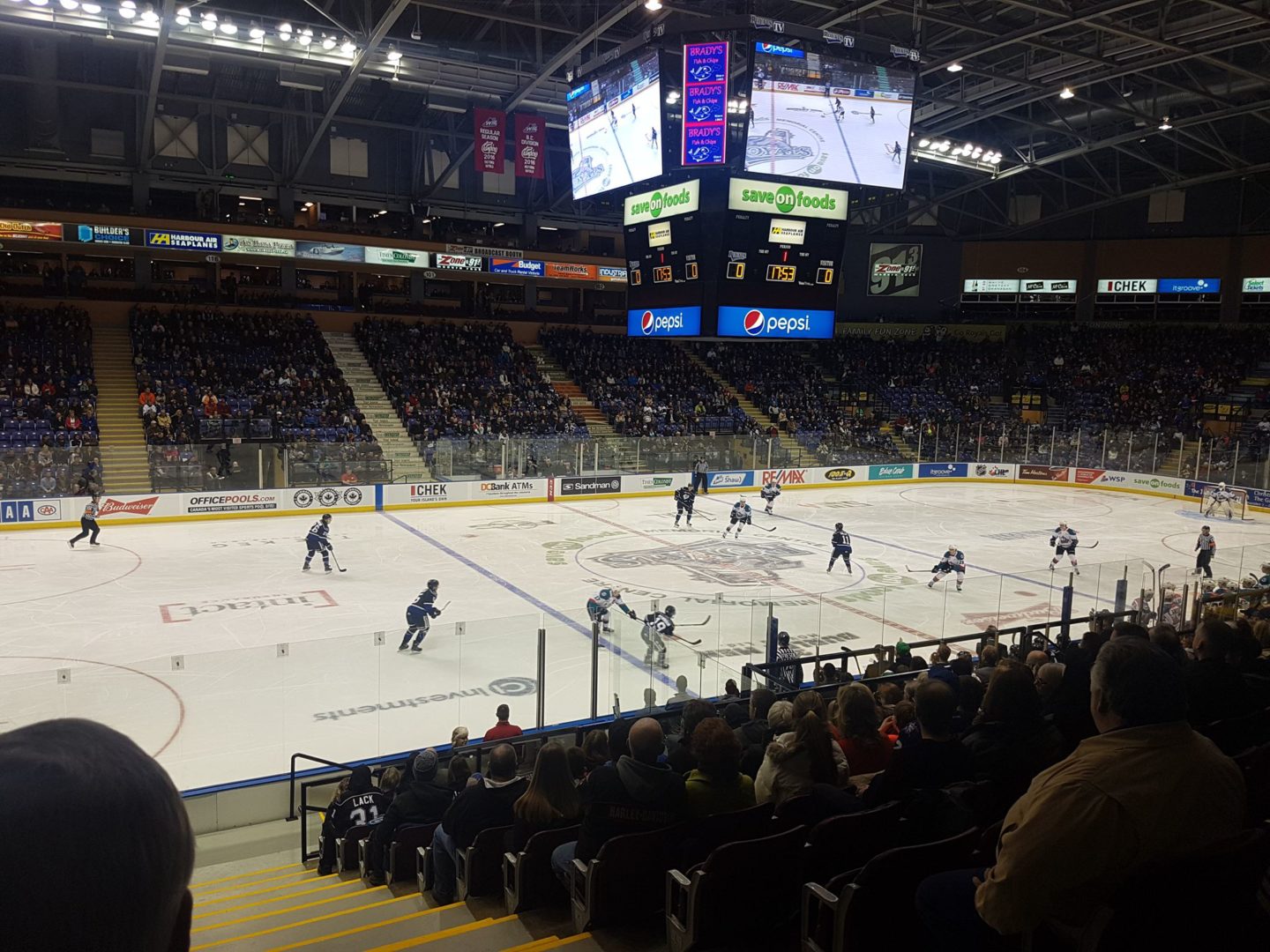 A huge thank you and congratulations to Jim Henshaw and all the VEVC volunteers for making this year’s Victoria Royals ECO Night a great success!  There were 7,000 people attending the game, a near-sold out crowd cheering on the Royals against their rivals the Kelowna Rockets. The VEVC hosted the 50-50 draw, Tesla donated a chance to win 24 hours with a Tesla Model S, as well as many great prizes and giveaways by other vendors.

The ECO Night also featured an electric car parade. During the first intermission the parade of electric cars drove out onto the ice: two Nissan LEAFs, a BYD e6, a Tesla Model S, a BMW i3, and a ECO smart.

There was an electric vehicle showcase in the concourse including a Tesla Model X open to the public to look at, sit in, oogle, and ask questions about.  There were at least a thousand visitors to the car! Thanks everyone, and see you at next year’s 2018 ECO Night!