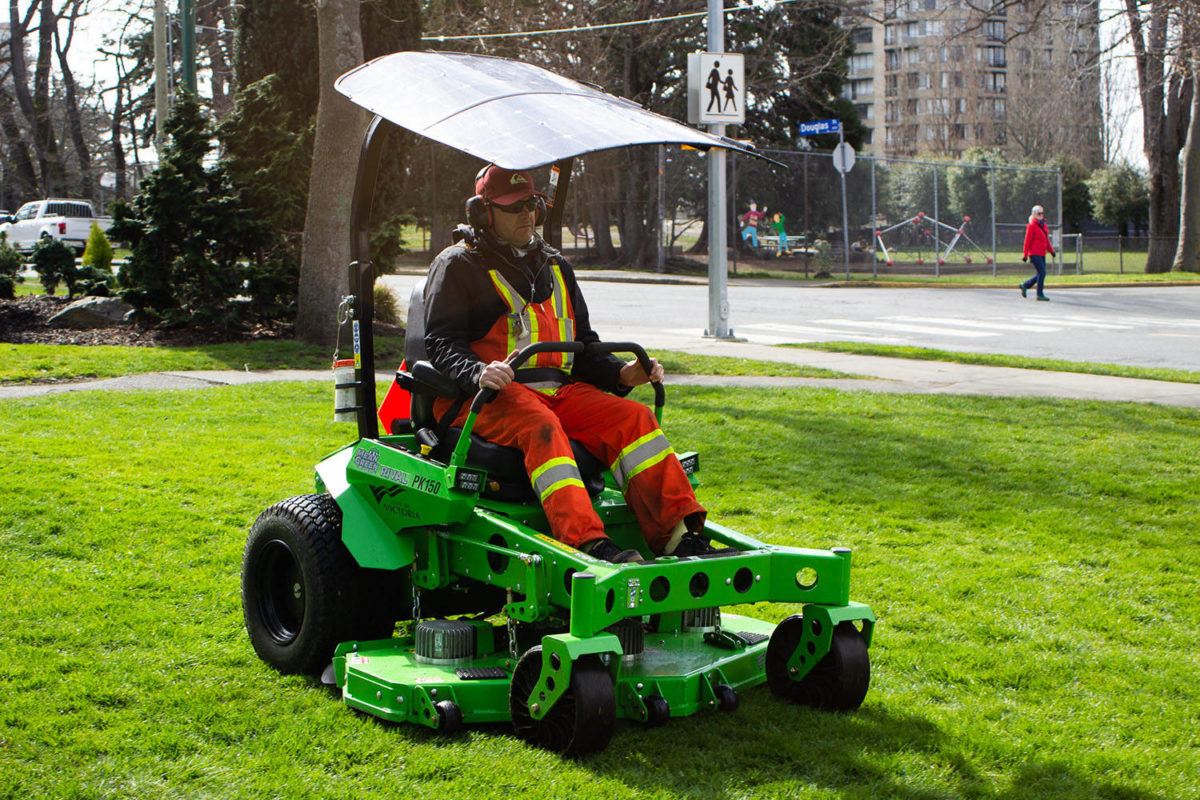 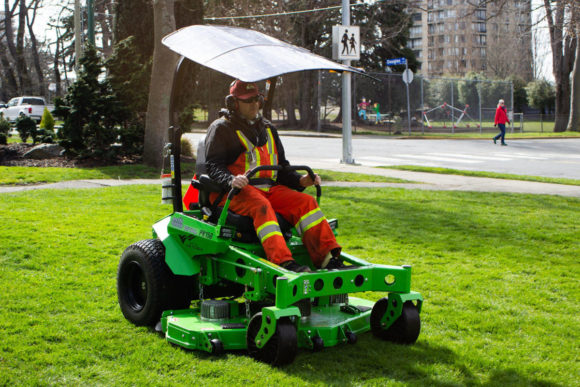 Under its Climate Leadership Plan, Victoria is switching all its small engine equipment and power tools to renewably power by 2025. To meet this target it has begun the electrification of leaf blowers, chainsaws, and hedge and line trimmers. This month, the city’s first electric, zero emission ride-on mower began servicing Victoria’s parks.

The mower, the first of its kind for a local municipality in the region, is quieter than a traditional gas mower and produces no air pollution. Other benefits include reduced maintenance and fuel costs as solar panels on the vehicle’s canopy maximize operating time. On average, the mower operates for eight hours before needing to be recharged.

The electrification of small equipment will help the city meets its target to be completely renewably powered by 2050.