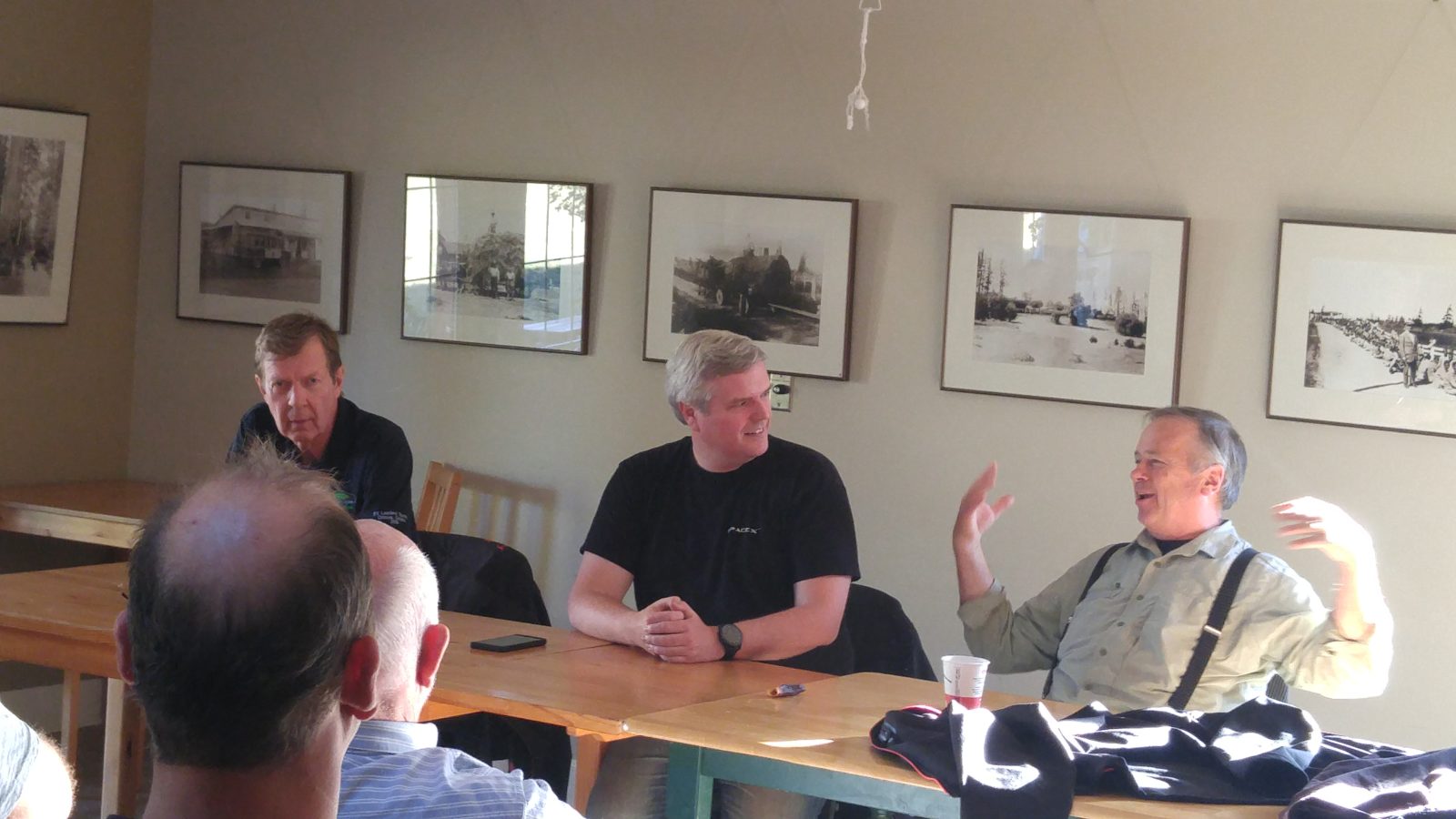 Four VEVC members (James Locke, David Grove, Jeremey Jensen and Arno Keinonen) were among 90 representatives of EV clubs around the world attending this month’s 2018 Tesla Leadership Summit in Milpitas and Fremont, California. In addition to meeting and sharing ideas with Tesla owners from the United States, Australia, New Zealand, Belgium, Norway, Finland and the UK, Summit attendees were treated to a tour of Tesla’s Fremont production facility which has now grown to be the third largest building on the planet.

Tesla used the gathering to show off not only its ramped up production but its upgraded Ranger Service which will bring more Tesla repairs right to the driveway of owners instead of requiring them to visit a service center. In addition attendees were provided guidance for local clubs to improve their own services to their membership.

That guidance was immediately offered to members of the VEVC and the Tesla Owners Club on the very day our delegates returned home (pictured above). They all spoke enthusiastically about the event and in particular Tesla’s vision statement “Accelerate the world’s transition to sustainable energy”.

David Grove described the Summit as, “Tesla ownership heaven” where he realized that “the future of travel is already here”.

Arno Keinonen shared those views but said the drive to and from Fremont also proved his initial impression that his new Model 3 was roomier than his Model S. “It was hard to believe. Tesla Model 3, even though having smaller external dimensions, is much better for tall drivers than the bigger brother Tesla model S! More legroom, better leg support, more headroom, easier entrance/exit to the driver’s seat — also, at least in my case a more comfortable seat”.

It was a reaction not lost on David Grove, who got to meet one of those new, taller Model 3 drivers up close.