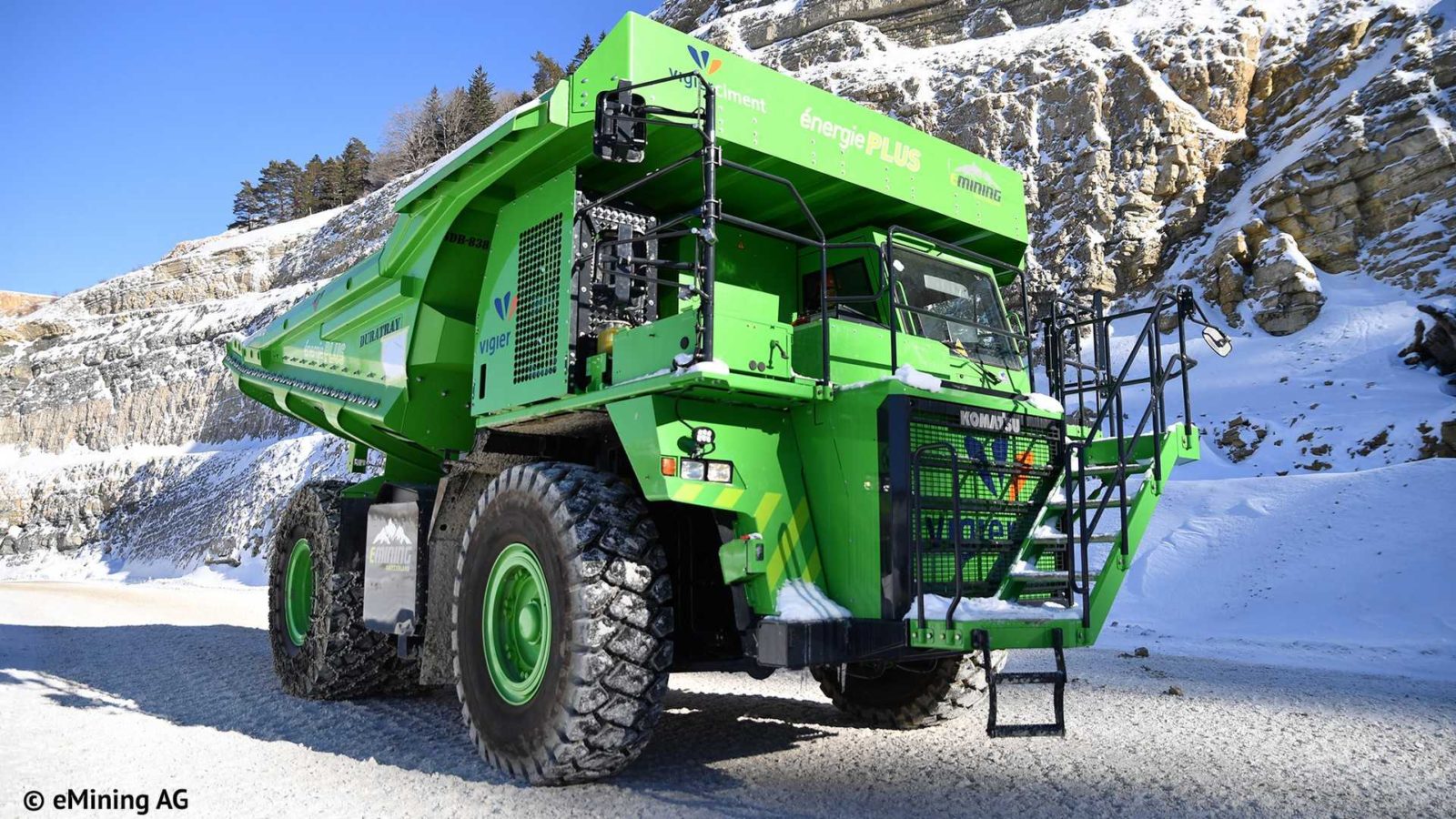 It’s hard to believe that less than a decade ago, electric vehicles were virtually unknown on our highways and the batteries driving them, although state of the art, weren’t capable of taking them very far or carrying significant loads.

Today, many people don’t even give EVs a second look in traffic, as they’ve become such a familiar sight. Entire cities are converting to electric buses. And battery technology is taking many of those vehicles pretty much as far as anybody wants to drive without taking a break.

So, on one hand, it’s no surprise to learn that Swiss manufacturer Kuhn-Schweiz AG is constructing a dump truck for the mining industry that weighs 45 Tons and is powered by a 4.5 Ton battery pack delivering 700 kWh or seven times as much as the largest Tesla battery pack.

It’s even believable that a vehicle that size can carry 65 Tons of cargo, which the Elektro Dumper, as it’s known, does with ease, even on steep alpine roads.

What’s really stunning people is that the truck does all this, delivering 20 loads a day for its current employer, Vigier Cement Manufacturing, and then offloads 200 kWh of surplus power for company use.

There is surplus power because the truck goes uphill empty but returns with a full load that results is massive power regeneration going downhill that exceeds uphill power requirements.

According to Kuhn-Schweiz, the Elektro Dumper will also save 130 Tons of CO2 annually along with 100,000 litres of diesel fuel.

Gee – if battery tech has evolved this much in a decade – all those people who insisted Hydrogen was the future for heavy vehicles must be having some serious second thoughts.