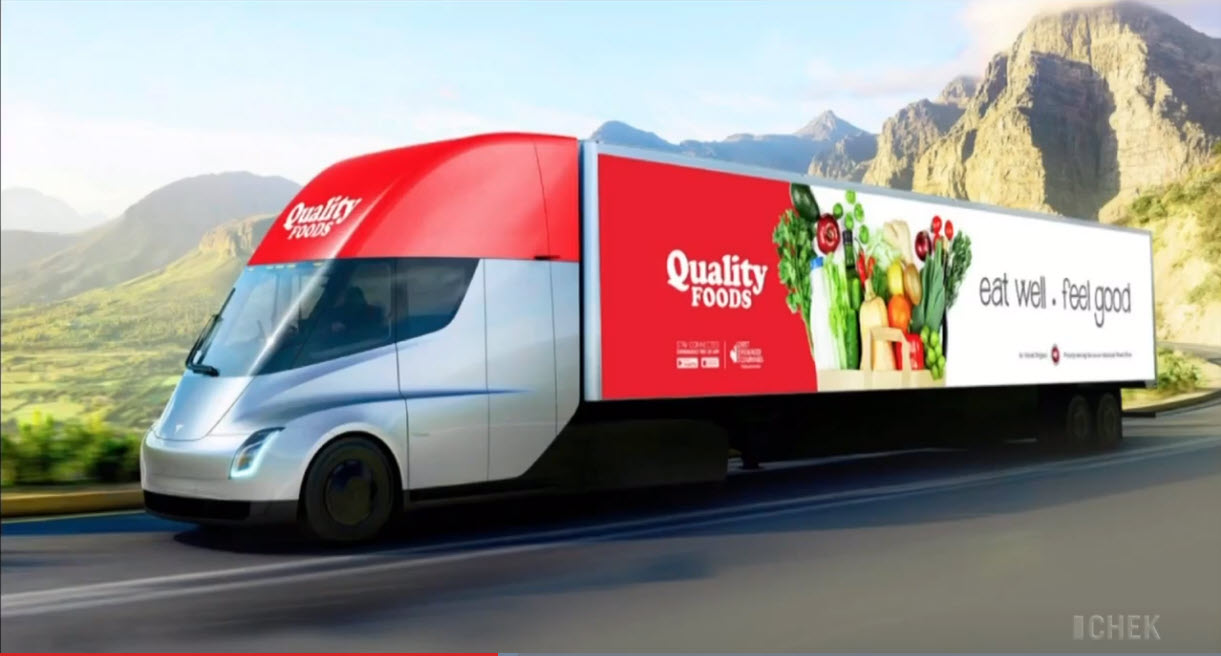 Tesla Semis Coming to the Island 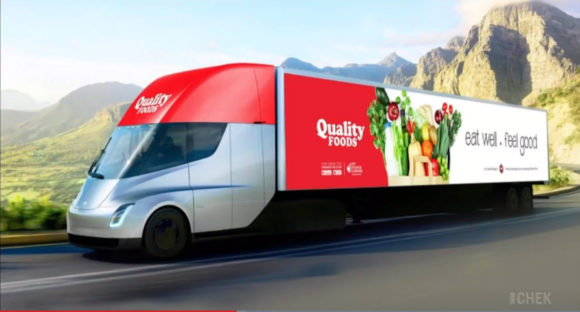 Tesla Semi trucks are set to arrive on Vancouver Island highways in a few months as two local companies have decided they are the way of the future.

Forest management company Mosaic has purchased three of Tesla’s 100% electric Semis to begin the replacement of its diesel logging trucks to meet the company’s commitment to be carbon neutral by 2035. Mosaic spokesman, Domenico IanniDinardo, describes the move as a Global first for the logging industry and sees great benefit in Tesla’s ability to regenerate energy in mountainous terrain. “By going up the hill empty and coming down fully loaded, they can regenerate their battery supply on a daily basis”.

Meanwhile, Quality Foods has its own Tesla Semis on the way to handle warehouse to store deliveries. For the grocery giant, the main attraction is range, as they see the vehicles capable of making all the daily round trips from warehouse to Island stores on a single charge.

To serve and service these new vehicles, another Island company, Ecowest Driven, has already broken ground in Parksville where 45 commercial charging stations will be constructed along with a service garage.