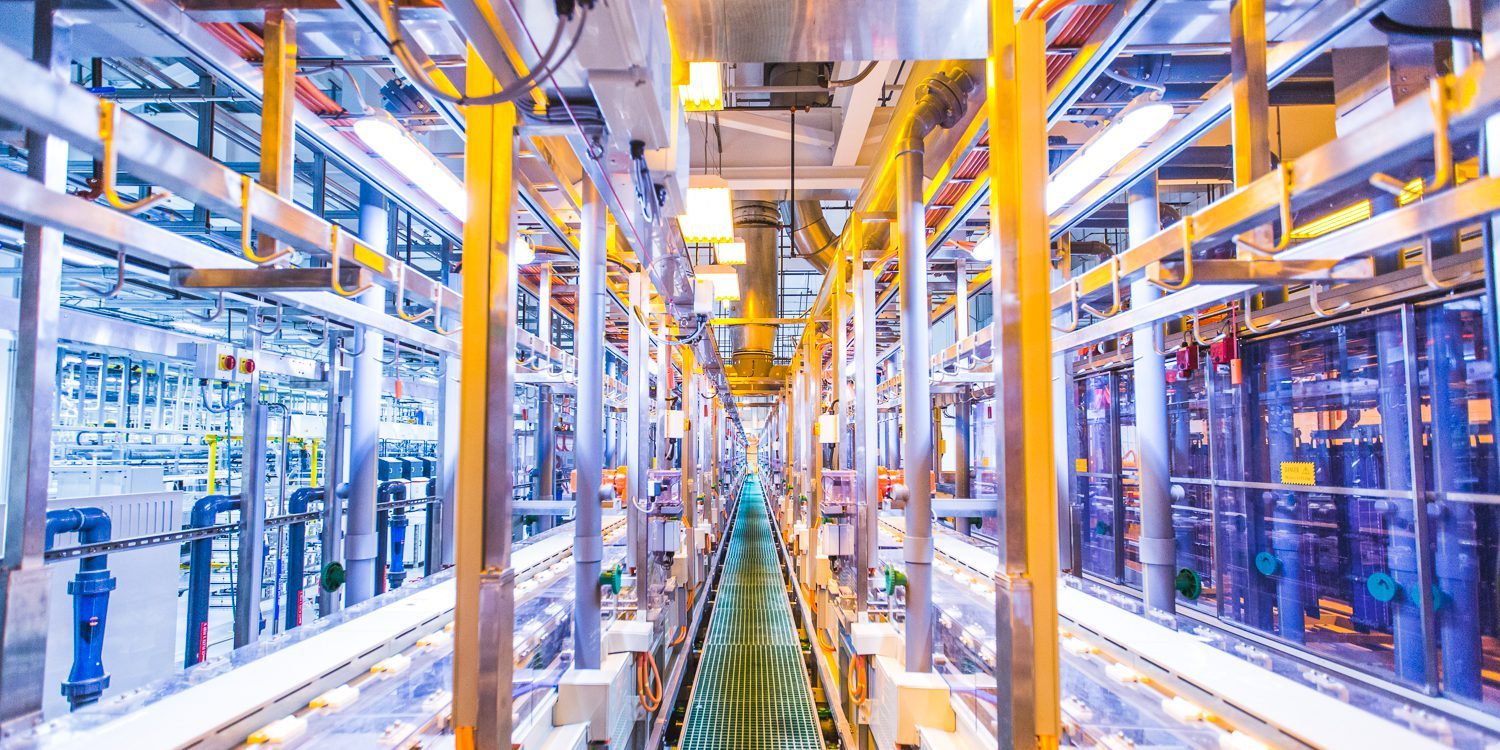 Tesla to create another Gigafactory-type deal with Panasonic through SolarCity Buffalo plant, Silevo is still in play SolarCity got the factory from its acquisition of Silevo, a solar cell and module manufacturer. The company was developing the plant, which was expected to go online next year, in order to manufacture its own high efficiency ‘Triex tunneling junction technology’ for cells and modules.

We even reported on the company releasing the first picture of its own solar panel back in August. It also announced that the panel will achieve 22% efficiency and it will produce between 350 to 360-watt compared to the 260-watt panels SolarCity currently installed from suppliers.

“I spent time in the SolarCity Silevo power plant in the Bay Area. And so, I am familiar with this. And my observation is there are dramatic improvements, like there’s not some physical thing that’s preventing it from being super competitive. It’s actually relatively straightforward manufacturing process.”

Here are a few pictures of the SolarCity/Silevo facility:

Now with the fact that Tesla announced a deal for Panasonic to do the manufacturing at the plant, it raised some questions about the future of SolarCity/Silevo’s PV technology and manufacturing. So we reached out to Tesla and SolarCity to try to better understand the deal and what it means for the Triex tech.

A SolarCity spokesperson sent us the following statement:

“SolarCity/Silevo technology remains an important and applicable component of the end solar module.  Both SolarCity/Silevo and Panasonic have been working on similar cell architecture on similar process equipment already.  Together we will combine the best cell components from both and integrate them into the new solar module that will be produced in Buffalo, NY.  Manufacturing is expected to begin during the summer of 2017. “

We are talking about a deal very similar to what Tesla and Panasonic already have for batteries at the Gigafactory in Nevada. Panasonic manufactures the battery cells, which it developed in partnership with Tesla, and sells them to Tesla to make battery packs.

Tesla owns and operates the Gigafactory and Panasonic rents the space to manufacture the cells with a long-term purchase agreement with the automaker.

Now if you replace the battery packs by solar modules and battery cells by solar cells, the agreement is very similar to the one for the Buffalo plant. Of course, everything is contingent on the merger between Tesla and SolarCity being approved by shareholders.

The SolarCity representative said that technology the company developed with Silevo will still be used in the solar cells and modules, but it will combine its effort with Panasonic to manufacture them and the end product will still be a “SolarCity/Silevo module”.

It’s not clear at this point if the ~350-watt panel with 22% efficiency panel and a target cost of ~$0.55/W is still the target here. We asked for a confirmation and we will update if we get it.

Of course, that’s for the solar modules. It’s still not clear how the upcoming solar roof product will play into this new partnership with Panasonic.

Vertical integration of solar module manufacturing is not the only reason why Tesla is trying to acquire SolarCity. The company is also betting on some important synergy between SolarCity’s thousands of solar installers and Tesla’s network of retail locations:

Tesla has now hundreds of retail locations around the world with several of them in high foot traffic areas. It is estimated that Tesla gets between 3 and 4 million walk-in customers per year. If the merger goes through, Tesla’s retail employees will not only have the opportunity to sell electric vehicles to those 3 and 4 million potential customers, but also complete energy solutions.

The two companies estimate that it will create over $150 million of synergy savings during the first year and that it will significantly reduce SolarCity’s customer acquisition cost, which currently represents almost $1 per watt installed.

If they can reduce this cost and reduce the installation costs with new modules manufactured by Panasonic, Tesla’s likely new solar division has the potential to improve the offering on the solar energy market and accelerate the deployment of renewable energy.