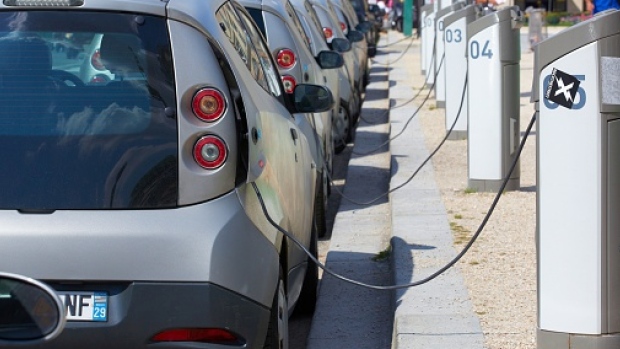 Things just got a whole lot brighter in Canada for the electric-car business. Word has leaked that the country’s largest province is preparing to help buy a plug-in vehicle or hybrid for millions of families across the province — or will at least force those families to buy one. The details of how Ontarians are getting all those green vehicles weren’t clear in the confidential draft version of the Wynne Liberals’ “Climate Change Action Plan” leaked to The Globe and Mail on Wednesday.

But the goals are crystal clear: A promise to get 1.7 million low-emission cars on the roads in the next eight years, and pull seven million gas-powered cars off in the next 14.

That’s in addition to making sure 80 per cent of us ride transit or walk or bike to work, and ensuring the majority of the buildings in the province are “emissions-free” by 2050. And to engineer this great, gleaming, green society, the Liberals will create a brand new monopolistic government behemoth, a “new ultra-low-carbon utility” that will have a sweeping mandate to micro-engineer how you get to work, how you heat your home, and how the economy is powered.

Heaven knows it will take something as retrograde and domineering as a government-owned utility to coerce us into merely switching to electric vehicles, never mind installing the solar panels and cramming into the transit systems envisioned by the plan. Outside of the kind of enthusiasts who’d camp out in line at a Tesla store, average people simply will not buy electric cars. Just over 6,600 were sold in Canada in 2016, according to GreenCarReports, out of 1.9 million total passenger vehicles, giving plug-ins a market share of roughly one-third of one per cent in this country.