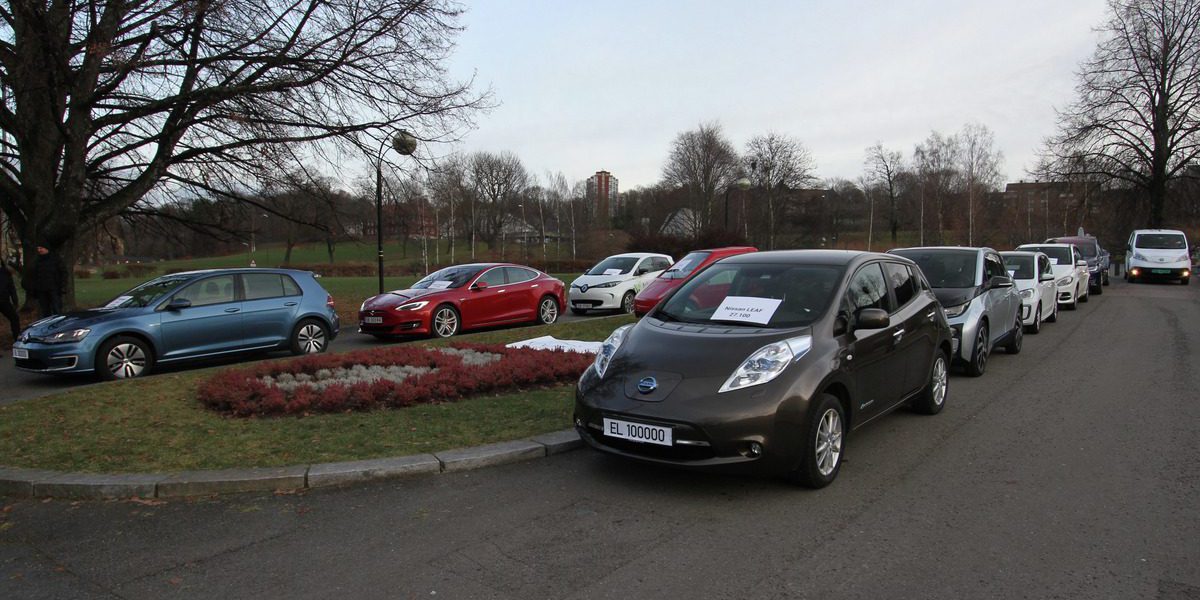 We were talking just the other day about how slow it is to change the automotive market because of its gigantic size. With around 2 billion cars on the roads around the world and an annual production capacity of roughly 100 million cars, it takes 20 years to update the global fleet. It means that once all new cars sold are equipped with a new technology, like electric propulsion, it can take up to 20 years to refresh the fleet.

Of course, some markets will get there before others. Electric vehicles currently have difficulties reaching 3% market share in most countries. Norway has long been the exception to the rule and it is now breaking more market share records.

We reported back in December how Norway reached the rare milestone of 100,000 all-electric vehicles on the roads despite its relatively small population.

In September 2016, 28.8% of new car sales were plug-in electric vehicles and all-electric cars had 19.0% market share. It’s 10 times what most countries are doing these days thanks to EV incentives like the 25% VAT tax exemption.

Tesla also contributed to the new record now that it has firmly become a two-vehicle automaker: 129 Model S sedans were delivered in January and 238 Model X SUVs.

Diesel’s market shares are also falling fast in the country. It now sits at ~13% as local governments are exploring restrictions on the fuel. If electric vehicles completely overtake diesel-powered cars, they would be at 50% market share.

At this pace, Norway could reach the tipping point of the majority of sales being electric by the end of the year. The country has the goal of 100% of new car sales to be zero-emission vehicles starting in 2025. That would mean all-electric vehicles, but at this point, they are mostly limited by the supply and not the demand.

15 different all-electric models are offered in Norway and while it’s more than in most other markets, it’s still not enough to cover every consumer’s needs.

But as new all-electric vehicles come to market within the next year, like the Chevy Bolt EV (Opel Amera E) and the Tesla Model 3, Norway could be on its way to reach the tipping point of the majority of car sales being electric. At that point, any automaker without an important EV offering would think twice about its vehicle lineup in the country since every 1 in 2 customers coming into the dealership would want an electric vehicle.