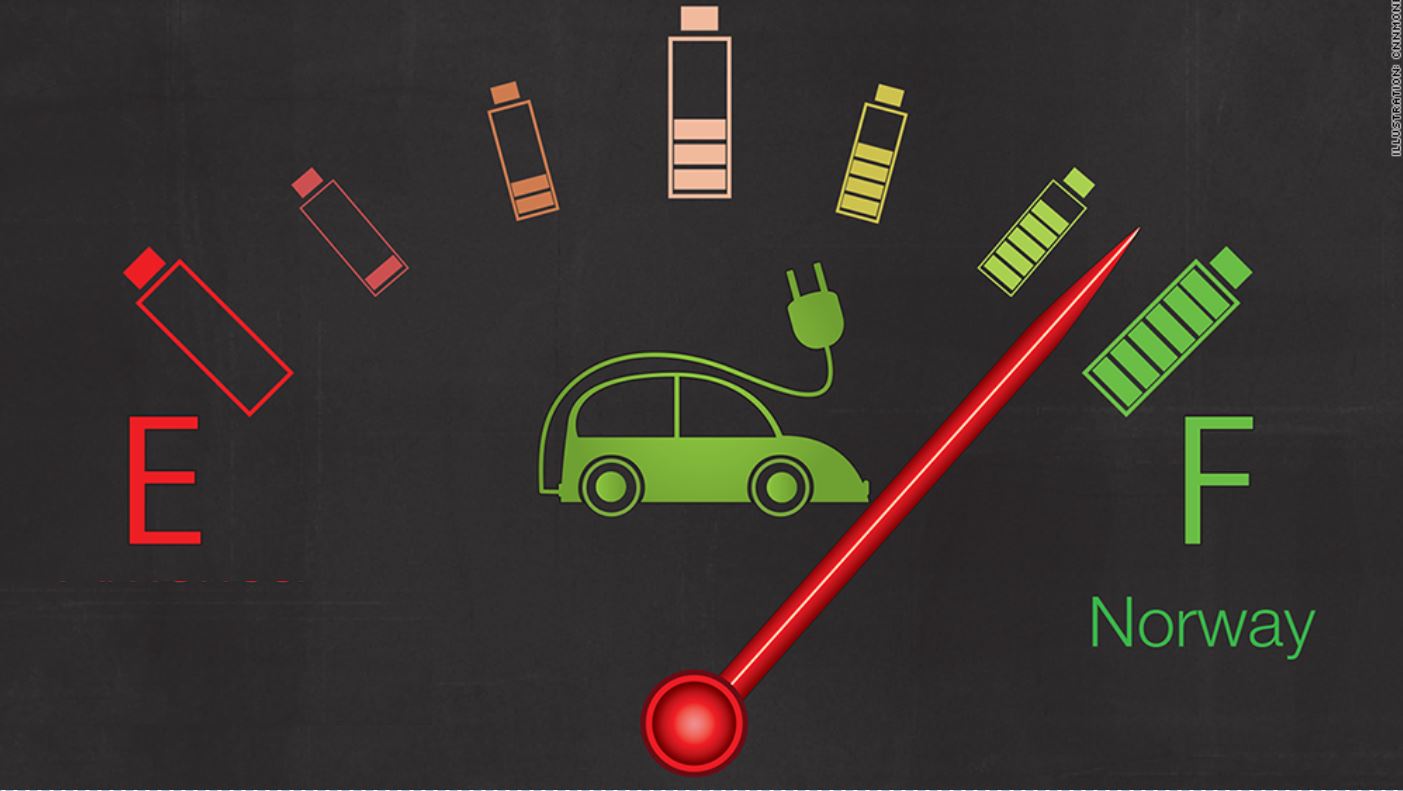 There have now been more than 100,000 plug-in electric vehicles registered in the Northern European country of Norway, the world’s leader in EV sales per capita.

Considering that Norway is home to 5 million people, 100,000 represents quite an achievement [2 %] — and just goes to show how effective the country’s approach to encouraging electric vehicle (EV) adoption has been.

Of course, another substantial part of the reason that EV adoption has been particularly high in Norway is simply that the country is a very wealthy one — purchasing an EV is a much simpler affair for someone with a relatively high income. This financial barrier to going electric has begun to dissipate in recent years, though, as many well-made EVs (Nissan LEAFs, etc) have begun to hit the second-hand market at affordable prices.

The recent achievement means that Norway is now the fourth country to breach the 100,000 EV sales mark, trailing only the US, China, and Japan. A culture and political environment bestowing generous subsidies conducive to growth was finally given its chance with the series production of new PEV models that have come along this decade.

…The growth kicked off in earnest with cars including the Mitsubishi i-MiEV and Nissan Leaf driving the tally in 2011 to 5,411 registered. Tesla’s Model S has also been a huge hit, along with a number of other vehicles. In April 2015 Norway reached a goal three years early of 50,000 zero-emission vehicles intended by 2018. At that stage the country also began reviewing its policies that rewarded buyers of PEVS, while taxing in full those who went with internal combustion.

The percentage of Norway’s market share for PEVs is transcending beyond 25%. Compare that to under 1% in the US. Breaking the numbers down, Norway overwhelmingly prefers — and incentivizes — pure battery electric cars over plug-in hybrids. Of the 100,600 total through April, about 81,500 of these were all-electric vehicles — but notable here is almost 12,000 were used imports from neighboring countries.

Year-to-date EV registrations in Norway (for 2016) now a stand at 17,095 — springs are clearly still accelerating. Apparently, roughly 1 in every 3 cars registered in Norway in March was a plug-in. I’ll be interesting to see what happens with the numbers once Tesla Model 3 deliveries to the country begin.