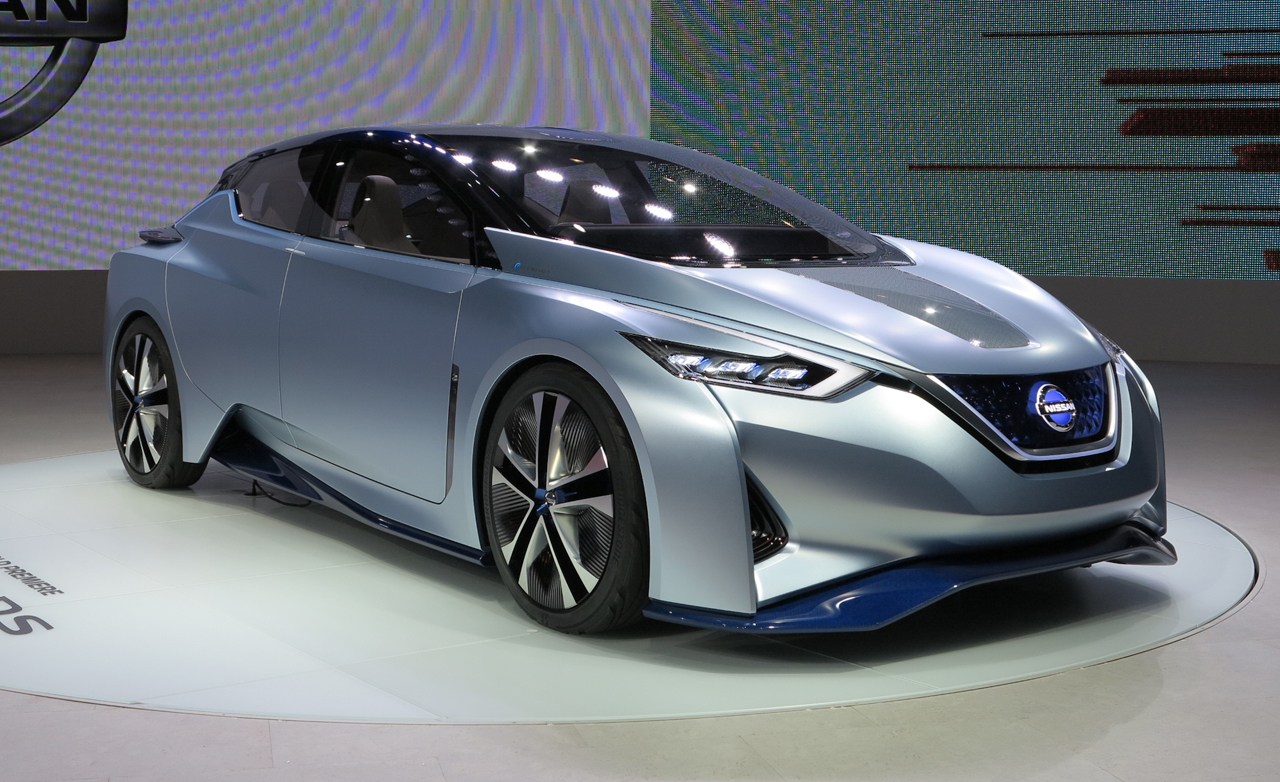 According to Green Car Reports, Nissan’s prototype 60 kWh, 320 km (200 mile) battery pack shown above will be included in the 2018 Nissan LEAF and the new IDS concept car, displayed at the Tokyo Auto Show this week.

The Nissan IDS concept car is both an autonomous car and an EV, revealed at the 2015 Tokyo Auto Show. The name stands for Intelligent Driving System, and Nissan calls its autonomous-driving setup Piloted Drive, and says it will be rolled out in two phases.

Piloted Drive 1.0 will be for single-lane driving at sub-highway speeds and will be offered first in the Japanese market, starting in 2016, before coming to China, Europe, and the United States.

Piloted Drive 2.0 will add the ability to deal with highway speeds and multiple lanes, including merging and changing lanes. Introducing the IDS, CEO Carlos Ghosn said that Nissan’s automated-driving technology would be available on multiple models worldwide by 2020.

On the IDS concept, when Piloted Drive is selected, the four individual seats angle in toward the center to facilitate conversation (the floor is flat and there is no fixed center console). The steering wheel retracts, and a wide touch screen appears on the dash. The cabin is illuminated in soft light. “It’s like relaxing in a living room,” says Nissan.