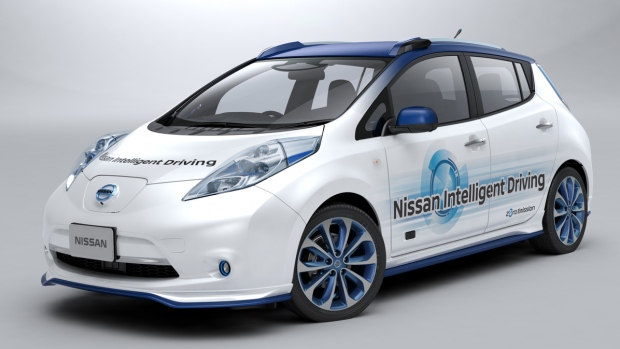 On Thursday Nissan conducted its first self-driving car tests on highways and on inner city roads with the ultimate aim of taking what are still very much prototype technologies and making them standard features by 2020.
Like Toyota’s Highway Teammate concept and Tesla’s recently rolled-out Autopilot feature, the technology being tested by a vehicle based on Nissan’s plug-in electric Leaf is a form of piloted driving that can take over in specific circumstances.