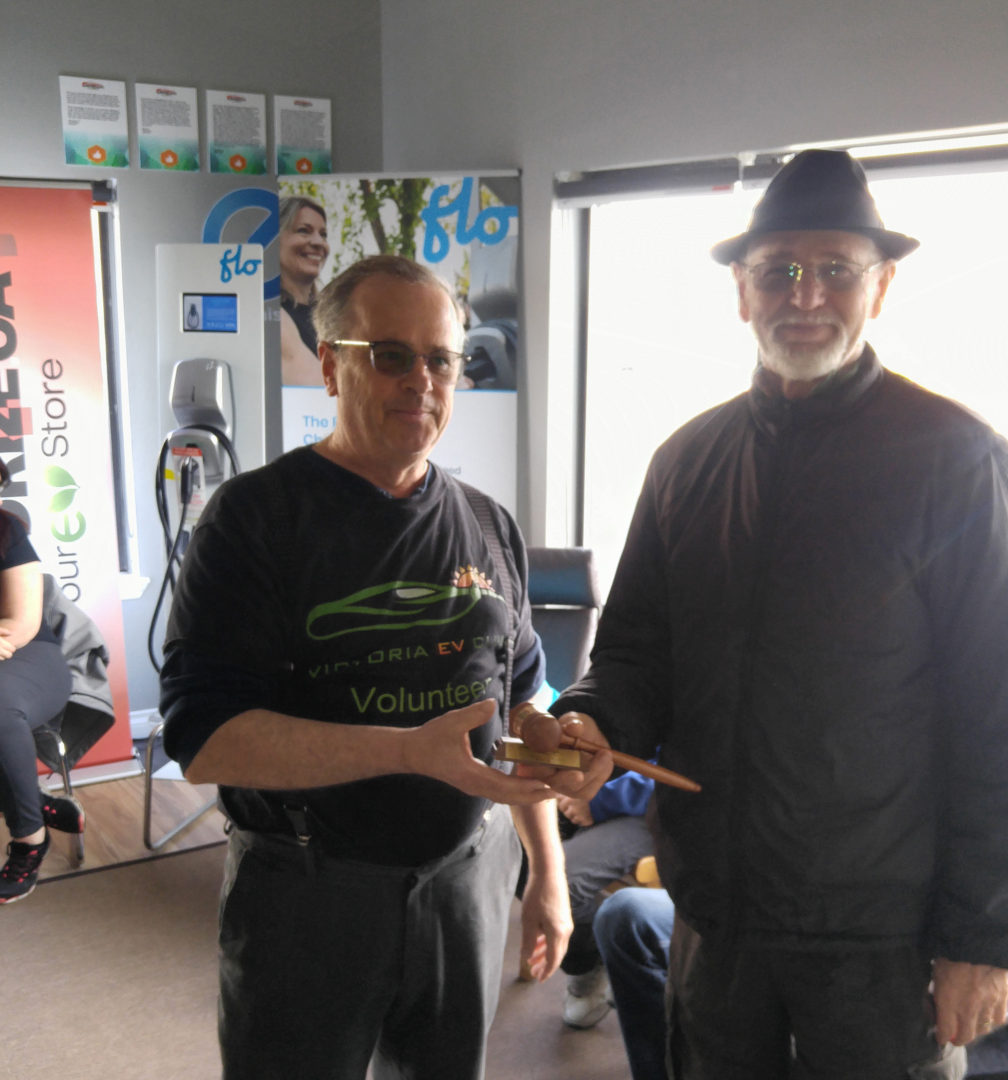 Manfred Wisseman became so well known in the EV community that whenever you said “Fred” everybody immediately knew who you were talking about. Fred was the inspiration and driving force behind hundreds, maybe thousands, of electric vehicle sales and much of what’s been accomplished in moving transport sustainability ahead in this province.

Fred began his crusade in 2012 when he “borrowed” Campus Nissan’s list of recent EV buyers, invited them all to lunch at the top of the Malahat and founded the Victoria Leaf Club which morphed over time into the Victoria Electric Vehicle Club.

Last week, Fred decided it was time to move on to his next endeavors and retired from his board position with the VEVC.

Club VP, David Grove, thanked Fred publicly for all he accomplished at our April 6 Coffee Mixer and presented him with the original gavel he wielded at board meetings, in the hope that he would accord it a place of honor in the new home he is building in the jungles of Thailand.

Thanks for everything, Fred! We wouldn’t be here without your tireless dedication to electric cars — and the planet.