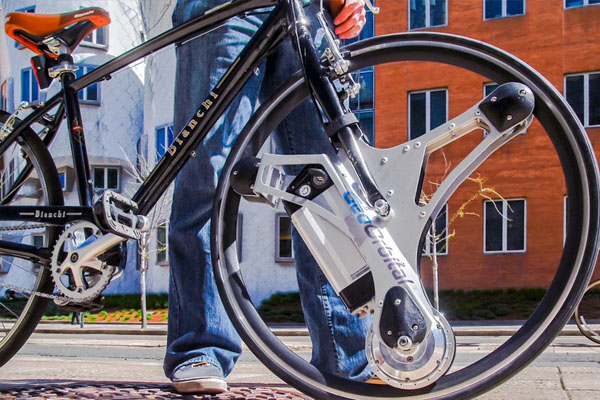 Convert Nearly Any Bike In 1-Minute

Convert Nearly Any Bike In 1-Minute

06-May-2016
The Massachusetts startup hopes to make the switch to electric-assisted cycling even easier by converting nearly any bike in 1-minute’s time.

It seems like a pretty slick idea. The Boston-based startup has attracted nearly 500 backers and surged well past their $75,000 goal. At the moment, they have a tidy third-of-a-million dollars pledged and there’s still a good five weeks to run in their Kickstarter campaign.

Unlike previous e-bike crowdfunders, including EV World’s own abortive effort to raise funds for Quikbyke using our prototype K15 Bamboo Electric Bike with the all-in-one ZeHus hub motor, GeoOrbital has come up with a pretty radical approach: an orbital wheel that replaces the front wheel on something like 95% of all bikes made… as long as they use 70 cm (26 inch) wheels.