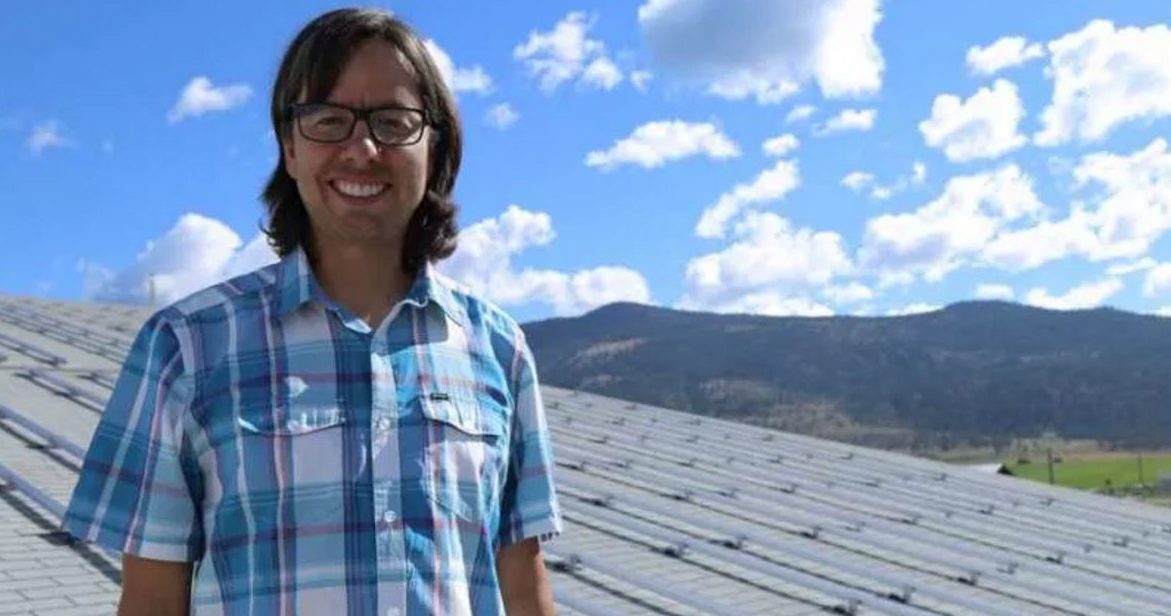 The Lower Nicola Indian Band near Merritt, home to 1,200 members of the Nlaka’pamux Nation, last month installed 330 panels of photovoltaic solar panels to generate up to 85.8 kilowatts of electricity.

Chief Aaron Sam said the system, launched Friday, is designed to help power the community’s school and feed electricity back into the local grid.

Sam said the community and council were pleased to make the long-term investment after discussing renewable-energy options for several years. He expects the system to generate returns for the community in the forms of energy-cost savings, education for youth, a scholarship fund and community pride for years to come.

“Us installing the panels and having renewable energy at our school and in our community is something that really reflects our values as indigenous people, being stewards of the land,” Sam said.

David Isaac, president of W Dusk Energy Group, said the system — installed on the roof of the school’s gym — will initially supply a third of the school’s electricity but is expected to meet half or more of the building’s needs by the end of 2017.

Ample sunshine during summer and light reflection from snow during winter make the Nicola Valley a prime spot for solar energy, said Isaac, adding that the system has a 25-year warranty but is expected to last “well past 50” years.

He believes the project is a way for the community to show that it is “respecting the agreement with nature to be non-extractive and to use what is most abundant” in the area.

“I think in these times of this yo-yoing, fossil-fuel-based economy, First Nations and non-First Nations alike are wanting to embrace direct solutions,” said Isaac, who is of Mi’kmaq descent.

A percentage of the system’s energy-cost savings will go back into a scholarship fund. As well, teachers will use monitoring equipment attached to the system as a scientific learning tool for students.

Mora Scott, spokeswoman for B.C. Hydro, confirmed in an email that the system is the largest community-owned solar panel installation in B.C.

The system falls under the power authority’s Net Metering program, meaning the Lower Nicola Indian Band can supply excess energy to the power grid and receive a credit on future bills. Scott said here are 800 customers in the program, 759 of whom have solar installations providing a combined total of more than four megawatts to the grid.