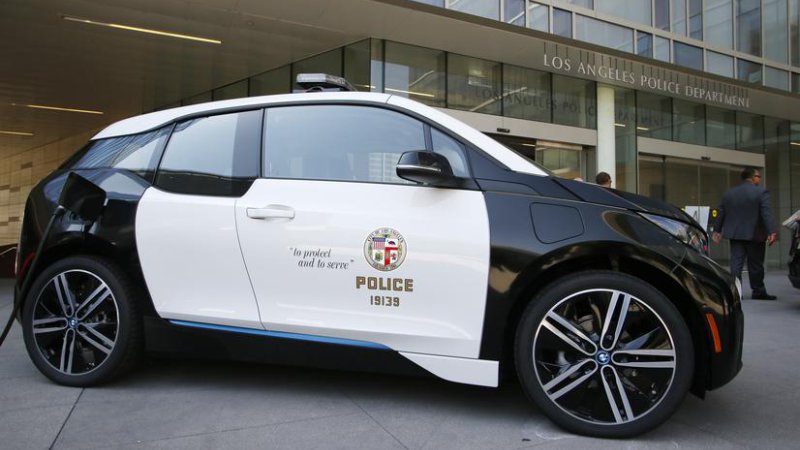 LAPD will get 100 BMW i3 electric cars 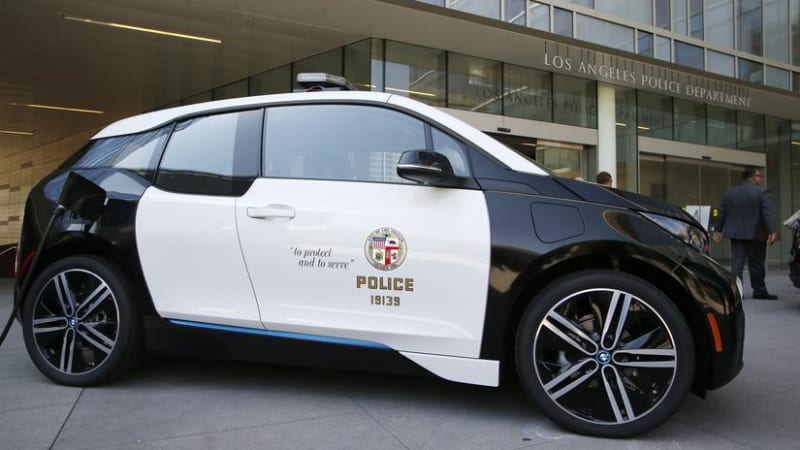 LAPD will get 100 BMW i3 electric cars

BMW of North America said Wednesday that it will supply the Los Angeles Police Department (LAPD) with 100 BMW i3 electric vehicles. Still, anyone hoping to see those oddly shaped vehicles in hot pursuit along Southern California’s streets will have to wait. That’s because the cars will be used to transport officers from one place to another, and for community outreach. They won’t be used for chasing the bad guys.

The EVs will be used for transport and outreach, not for pursuit.

BMW beat out some other electric vehicles (BMW didn’t mention who) in a field trial. The i3 gained points for its combination of drivetrain efficiency, connectability (for fleet management), and reliability. It also helped that the Bimmer has a short wheelbase and tight turning radius, making it easier to navigate the perpetually traffic-filled streets of Los Angeles. The i3 has a base price of $42,400, so the cars aren’t exactly cheap. Still, 100 Level 2 chargers and four DC fast chargers will be supplied to the LAPD by Greenlots, and refueling costs will be low.

The LAPD had been testing a couple of Tesla Model S electric sedans during the past year, though those were slated for high-pursuit use. Still, while BMW’s nod doesn’t necessarily mean Tesla is out, the LAPD has indicated that concerns over a possible power outage and resulting lack of ability to recharge the Teslas were probably going to stop the force from using the EVs.

VEVC Editor’s note:  Both the BMW i3 and the Tesla Model S are both all-electric, so the reasoning for not choosing Tesla on the basis of a “power outage” is preposterous.