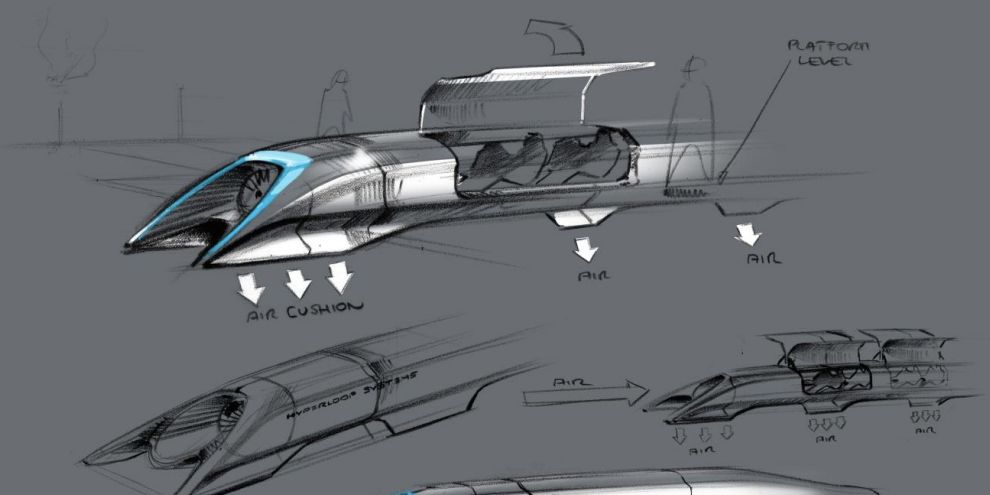 Hyperloop, the supersonic transport system proposed by tech billionaire Elon Musk, has taken a tentative step towards reality with the first public test of a prototype propulsion system.

One of the companies vying to make the idea a reality, Hyperloop One, which changed its name from Hyperloop Technologies on Wednesday to coincide with the open-air propulsion test in the Nevada desert, has also closed an $80m series B funding round which includes investment from the French national rail company SNCF.

When – and very much if – completed, the Hyperloop would work by propelling pods at high speeds through a tube, which in theory would be able to make the journey from San Francisco to Los Angeles in just 30 minutes.

The Nevada test, in which a sled accelerated to 116 mph (187km/h) in 1.1 seconds, represents a very early proof of concept; there are a vast number of hurdles that the developers of Hyperloop still have to clear if the technology is to become a reality.

Hyperloop One also announced a series of other partnerships, including Deutsche Bahn Engineering & Consulting and the British engineering consultancy group Arup, who are currently working on London’s Crossrail.

Rob Lloyd, CEO of Hyperloop One, said in a statement: “We will work alongside these world-class partners to redefine the future of transportation, providing a more immediate, safe, efficient and sustainable high-speed backbone for the movement of people and things.”

“Hyperloop has the potential to solve many of today’s most complex long-distance transport issues,” said Gregory Hodkinson, Arup Group chairman, also in a statement. “If railways helped enable the first industrial revolution, Hyperloop has the potential to do the same for the information economy, overcoming distances and creating connections between people, places, ideas and opportunities.”