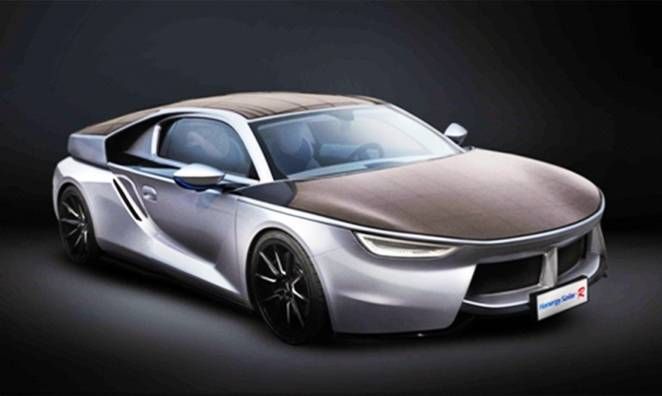 In just a few years, we could see an electric car on the market that doesn’t need a charging station to ‘fuel up.’

The biggest apparent stumbling blocks for electric vehicles (EVs) seems to be their range – the distance that can be driven between charging – and the time it takes for an EV battery to be charged.

When competing against gas cars, which can be filled up in just a few minutes, and can cover a range of several hundred miles per tank, the idea of having a limited range and a longer ‘fueling’ time with an EV isn’t one that most of us are comfortable with.

And when considering the easy availability of fuel from the vast number of gas stations – as opposed to the EV charging stations that are few and far between in most areas – switching from gas to electric mobility is a bit of a stretch for many people not even taking into account the higher cost for EVs.

However, as costs go down, and as EV ranges increase along with the growing numbers of dedicated EV charging stations, electric transport options start to become more and more desirable especially in times of rising gas prices, but will still most likely need to be tethered to charging points, unless the next generation of electric cars follows in the footsteps of one Chinese company.

Solar modules in the vehicle body

The solar manufacturer Hanergy recently revealed four models of electric cars that incorporate the company’s thin-film solar modules into the bodies of the vehicles, allowing them to be “zero charge” cars, at least for short and medium length journeys.

Hanergy Holding Group, which is a leading thin-film solar company, unveiled its solar-powered concept cars in Beijing on July 2nd, and said that these vehicles could be commercialized as soon as three years from now.

Hanergy’s thin-film solar achievements are already at the bleeding edge of solar efficiency, with the company’s gallium arsenide (GaAs) dual-junction solar cells recently hitting a record conversion rate of 31.6%, and by covering the bodies of these concept electric cars with its thin-film solar modules, the company hopes to bypass “the bottleneck of poor practicality of previous solar-powered vehicles.”

According to Hanergy, the thin-film solar cells on the electric cars are able to generate 8 to 10 kWh of electricity daily from exposure to “five to six hours of sunlight,” which can power the vehicles about 80 kilometers (~50 miles) per day, without needing to plug in to a charger at all. The solar cells cover between 3.5 and 7.5 square meters of the vehicles, depending on the model, and the vehicles incorporate “ultrasonic cleaning technology for maintenance of the solar cells.”

“Under the mode of routine-day use, the vehicles are able to charge themselves with clean solar energy while traveling, making “zero charging” possible. It alters our inherent concept of “distance per charge” of an electric vehicle. In the cases of weak sunlight or long-distance travel, the lithium batteries equipped in the vehicles can also get power from charging posts, enabling them to travel a maximum of 350 km per charge.”

Bloomberg Technology takes a quick look at the news from Hanergy:

Leave it to Bloomberg’s commentators to coin a new term – cloud anxiety – to take the place of the overplayed ‘range anxiety’ when it comes to electric cars.