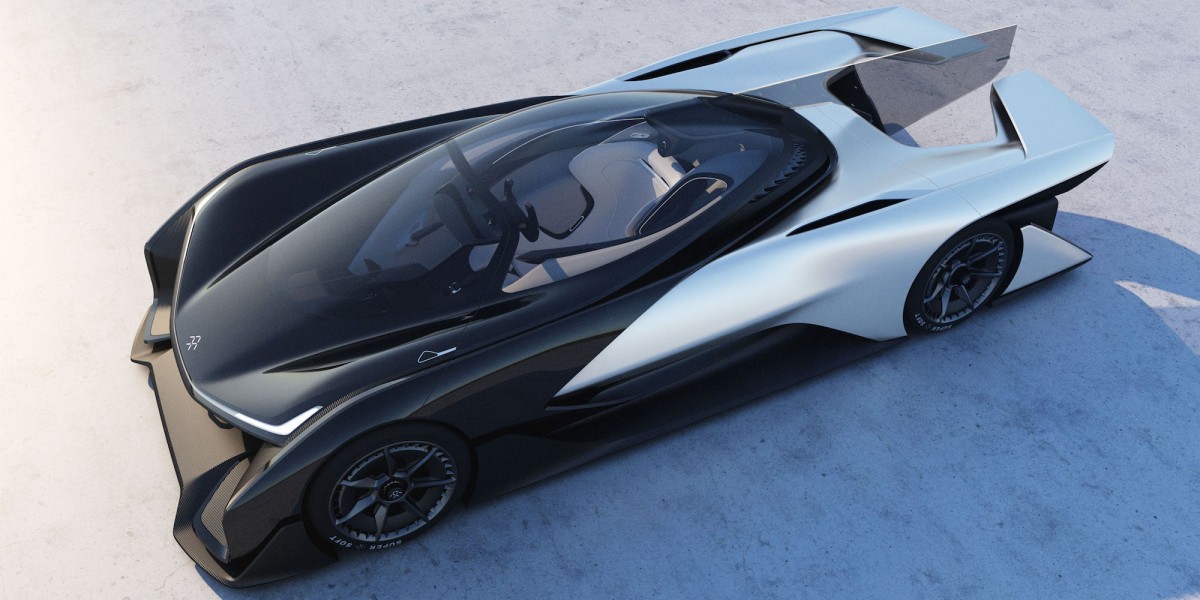 In a tightly packed tent on a rainy Las Vegas night, Faraday Future made its first unveiling to the world. The new electric vehicle startup is still a “couple years” away from launching its first production vehicle, but it’s not afraid of setting up some lofty expectations.

“Tesla and Elon Musk have created something we should all applaud them for,” said Nick Sampson, a senior vice president at Faraday and a former Tesla engineer, onstage at the launch event. “But Tesla was founded in 2003. Five years later, they produced the limited production Roadster, based on the Lotus platform. Seven years after founding, they began work on their first volume production factory and had 600 employees. And then after 9 years, they delivered their first mass market production vehicle. Tesla Motor moved at breakneck speed compared to the rest of the auto industry.”