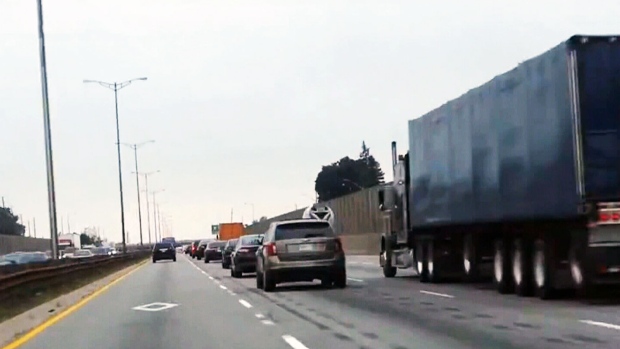 EVs in BC to Bypass HOV Requirements

EVs in BC to Bypass HOV Requirement

Thanks to VEVC Member Jim Hindson for providing this timely story link!

Drivers who go electric in British Columbia are about to get the green light to travel the province’s high occupancy vehicle lanes passenger free.

Premier Christy Clark is set to announce Wednesday at Vancouver’s Globe Conference on Sustainability and Innovation that drivers of eligible electric vehicles can travel the province’s HOV lanes regardless of occupancy requirements.
Currently, HOV lanes are open to vehicles with a driver and at least one passenger in efforts to reduce traffic congestion and pollution.

In the announcement obtained by The Canadian Press, Clark said the changes are immediate, with the government moving to provide decals that must be clearly displayed on the vehicles.

“British Columbians are increasingly embracing alternative and greener transportation options, and we can encourage even more by making it easier and more efficient, like allowing electric vehicle owners to use HOV lanes regardless of occupancy requirements,” says Clark in a statement.