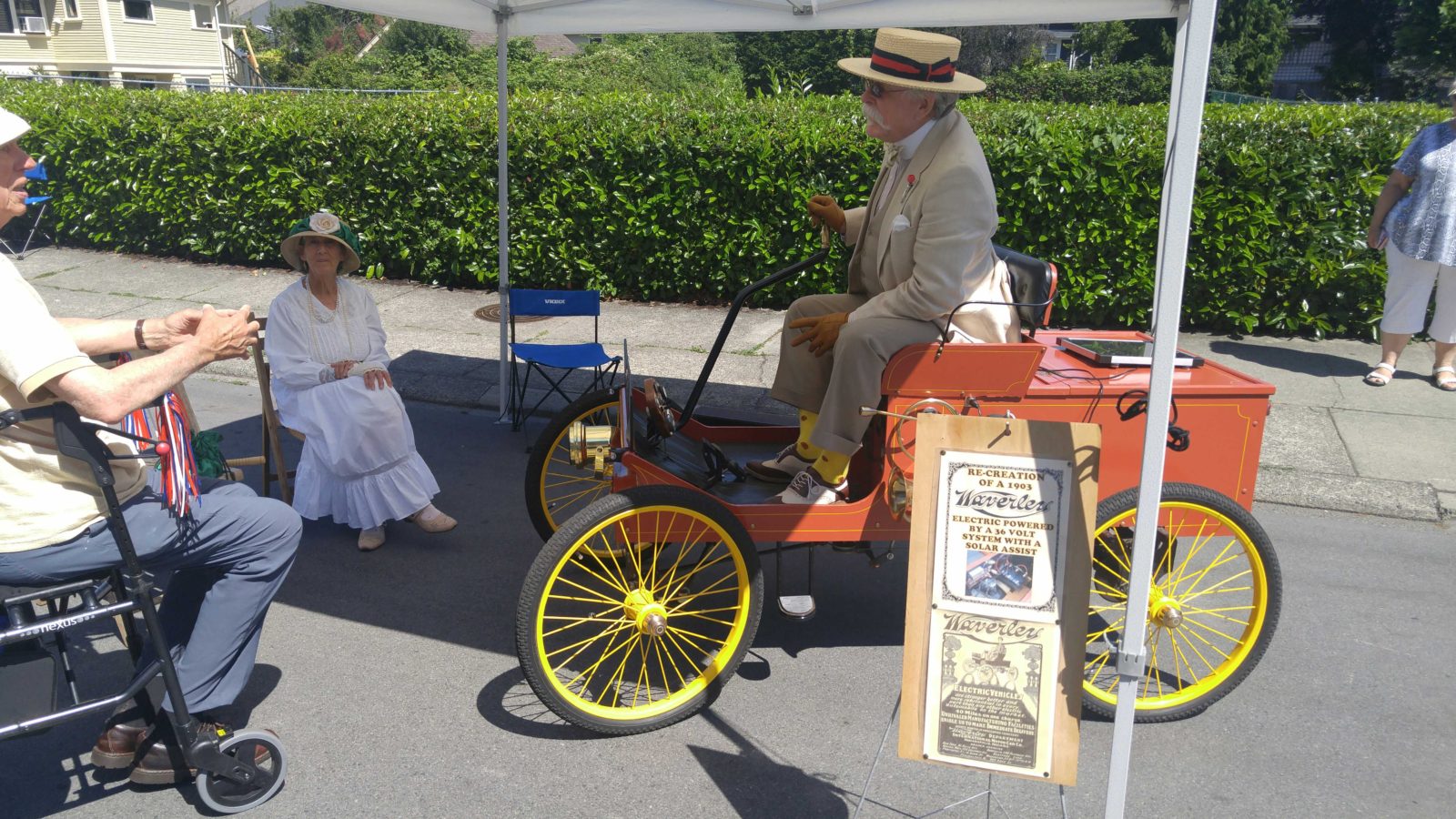 The last two weeks have been enormously busy for VEVC members showing their electric vehicles at two of Vancouver Island’s “Show and Shine” car shows.

The last Sunday in July featured the return of “Electric Avenue” to the Oak Bay Classic Car Show, where a 1903 Waverly (top speed 13 MPH) helped draw an estimated crowd of 15,000 to the 20 modern electric cars which were on display along Elgin Street.

The drivers of those vehicles worked non-stop throughout the day passing on the benefits of zero-emission transportation and offering test rides.

In past years, our reps spent a lot of time disputing the negative myths of EV ownership so prevalent in the media. But this year it became clear that the general public is now fully sold on an electric future, with virtually every visitor not only intending to make their next car an electric one, but quite willing to avoid purchasing another internal combustion car until an electric model that suits them finally arrives.

Last Sunday, another dozen VEVC members silently glided up the island to the Van Isle Shriners Show and Shine on its beautiful oceanside location in Parksville.

There, more than 5,000 visitors seemed to quickly take in the 300 other vehicles on display and then congregated around the electric cars from show opening to closing to learn all they could about transitioning to a new and environmentally friendly way of driving.

The VEVC has one more major show to round out the Summer, this time in Esquimalt as part of the massively popular Rib-Fest on September 7th.

We hope to see you there.