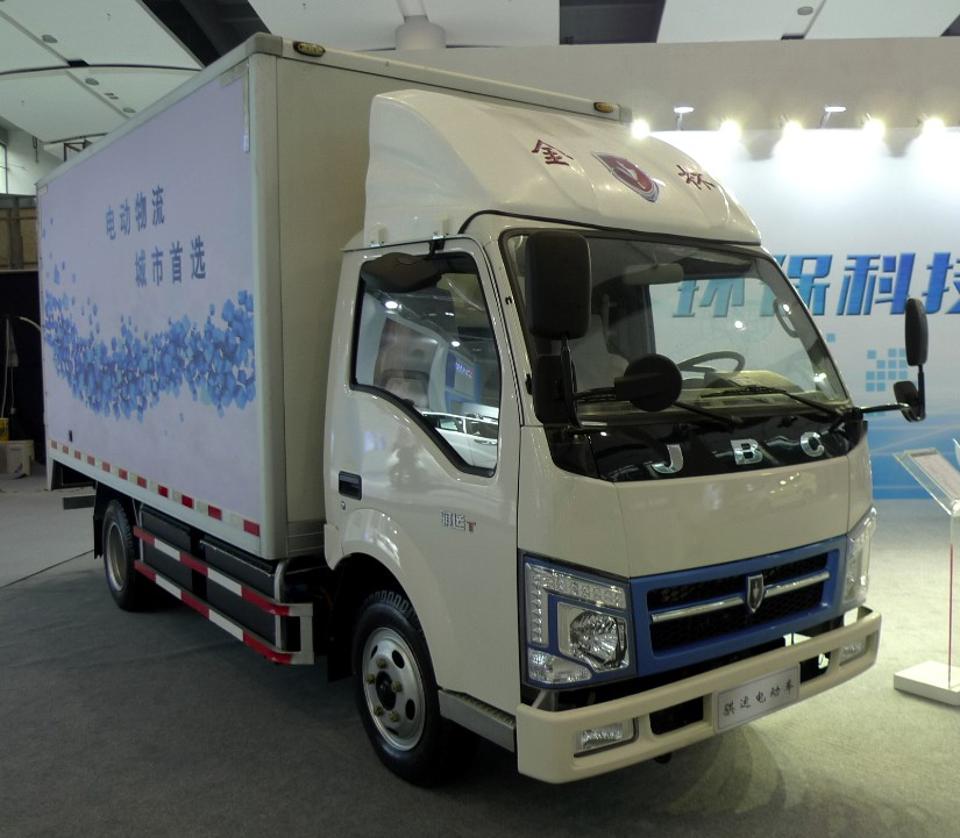 More electric cars are sold in China than in the rest of the world combined, but are mainly locally-branded models that are cheaper and have a shorter range than those offered by foreign auto makers such as Tesla and Nissan.

The Chinese-branded electric vehicle (EV) market is propped up by huge government subsidies as part of Beijing’s policy to build global leadership in cleaner energy driving.

China has spent billions of dollars on subsidies to help companies including Warren Buffett-backed BYD and BAIC Motor achieve large-scale production of plug-in vehicles, which are gaining traction among urban drivers as well as taxi fleets and government agencies.

Sales of battery electric and plug-in hybrids increased 60 per cent in January-November, to 402,000 vehicles. By 2020, China wants 5 million plug-in cars on its roads.

The domestic EVs don’t have the ‘wow’ factor of a fast, longer-range and luxury-style Tesla. They sell on price.

“EV cars are very cheap (in China), you’ll only spend a little money to buy a car. If you just go to work or use an EV in the city, it’s OK … for using within 100 kms,” said Xie Chao, who works for a chemical company in Shanghai.

Xie said he has bought three EVs since 2015 – an Anhui Jianghuai Automobile iEV4, a BAIC EV160 and a Geely Automobile Emgrand EV – one for him to use, one for his wife and one he rents out.

Most Chinese electric cars come with similar specifications, so price is the deciding factor, said Dawei Zhang, CEO of EVBuy, a dealer. The eQ has been the top seller in recent months, with decent enough quality at a low price, he said.

“It’s a transport tool. It’s purely for mobility rather than for showing off, having a big car for all the family, or for any technology factors,” he added.

Some EV buyers in Beijing and Shanghai said they primarily bought plug-in vehicles to easily get a license plate. Half a dozen of China’s biggest cities tightly control license plates for traditional gasoline cars, but freely award plates that can only be used by plug-in vehicles.

For those set on buying a plug-in, price is key.

“I only considered BYD and BAIC. I definitely can’t afford the 300,000-600,000 yuan price of a luxury-style Tesla or Denza,” said Qu Lijian, a 31-year-old government worker in Beijing, who eventually opted for a BYD Qin pure electric car.

Denza is a Chinese brand produced by a joint venture between BYD and Daimler.

China’s cocktail of pro-electric policies is a challenge for global auto makers, as foreign manufacturers can access subsidies only via joint ventures with local partners, producing cars under new made-for-China brand names such as Denza.

But those brands lack the cachet of established foreign marques, and cost more than most local brands even after subsidies.

That’s in part because Chinese auto makers are more aggressive in lowering their costs regardless of quality, said an executive at a multinational auto parts firm.

“The lowest price wins (the contract). That’s the process, no questions asked,” said the executive, who declined to be identified to avoid impacting future contract bidding.

“And when you win, they come back and ask you for another price reduction,” the executive added, noting less stringent safety regulations in China also help keep costs lower than in the United States.

The version of the Leaf that Nissan’s joint venture with Dongfeng Automobile offers in China, under the Venucia brand, “isn’t selling very well,” Nissan’s global chief Carlos Ghosn told Reuters in November. Chinese EV buyers don’t want to spend much more than $8,000, after incentives, and the Nissan vehicle is too expensive, Ghosn said.

The playing field for foreign brands in China should, though, gradually even out as subsidies are phased out by 2020.

This year, subsidies have been reduced by a fifth, likely adding about 15,000 yuan to the price of a Chery eQ, though official 2017 subsidies for individual models aren’t yet clear, notes EVBuy.

Local EV manufacturers have, with the help of subsidies, been able to build economies of scale, pushing down their cost per unit and allowing them to spend more on research and development, Li Yunfei, BYD’s deputy chief of branding and public relations, told Reuters.

“By 2020, China will have no subsidies, but your scale has expanded, your costs have come down, and you’ll be able to hit a price that consumers can accept,” he said.

It won’t be one-way traffic.

Chinese brands such as GAC Motor and BYD are looking to advance on global rivals’ home turf.

GAC Motor, part of Guangzhou Automobile Group, debuted its pure electric GE3 sport utility vehicle, among other models, at the Detroit show on Monday. A spokeswoman told Reuters that the company plans to enter the United States by 2019, delaying from an initial target of 2017, without further explanation.

Shenzhen-based BYD already sells its electric buses in Africa, Europe and South America and has a factory in the United States. The company is preparing “on all fronts” to enter foreign passenger car markets, Li said, without elaborating.

“Because Chinese companies have this large Chinese market, when they have big enough scale and their power grows, their products improve and they increasingly understand foreign markets,” he said.

“In the future, they will definitely take the world stage. The potential is huge.”