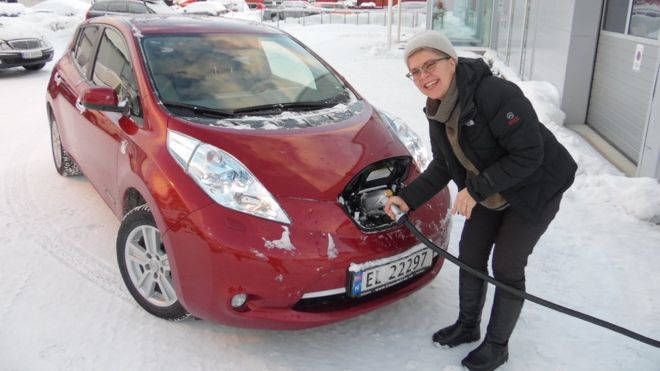 Why do they love electric cars at the Arctic Circle?

Why? Because Norway, it seems, is simply nuts about electric cars.

Tromso, a Norwegian city known as the “Gateway to the Arctic”, receives no sunlight for two months of the year. Yet this remote, beautiful, snowy city is the unlikely focus of the global electric car industry, attracting the attention of Silicon Valley entrepreneurs such as Elon Musk, founder of electric car maker Tesla. His company has recently opened a showroom there – its most northerly outpost.

The country [population 5 million] is the world leader in electric cars per capita and has just become the fourth country in the world to have 100,000 of them on the roads.

When you consider the other nations on the list are the US (population: 320 million), Japan (pop. 130 million) and China (pop. 1.35 billion), then that is quite an achievement for this rugged, sparsely populated country of just five million. 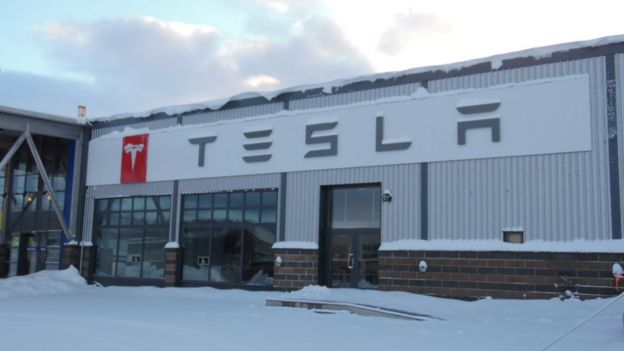 Some of its politicians want to ban the sale of new petrol and diesel cars by 2025, which prompted Musk to tweet: “What an amazingly awesome country. You guys rock!!”

On an earlier visit in April, he attributed a lot of Tesla’s success to the country’s pioneering stance on electric cars.

So how has Norway managed it?

Elisabeth Bryn helps explain the answer. The 56-year-old teacher enjoys driving in the icy streets of Tromso and she can barely contain her excitement as she misses our turn.

“It is such a good feeling to drive a clean car. It means I have a clean conscience and it works out cheaper in the long run,” she tells the BBC.