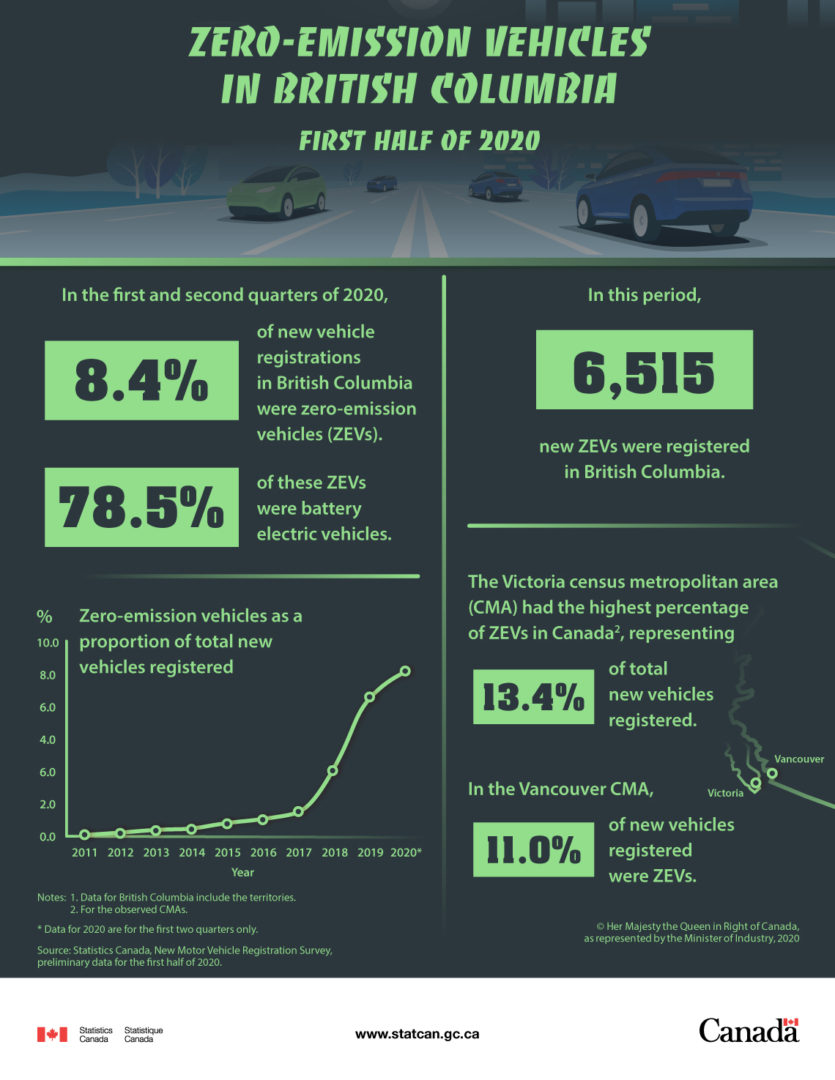 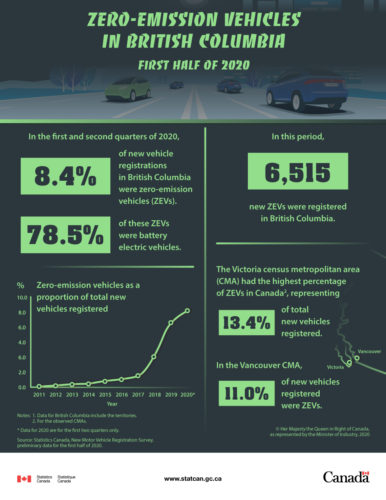 Numbers released today by Stats Canada indicate that the group of municipalities surrounding and including the city of Victoria are home to the country’s largest population of newly registered (ZEV) electric vehicles.

As of July 2020, 13.4% of all new vehicles registered in the Province of British Columbia were in the CRD. The next closest city was Vancouver at 11%.

For the Province as a whole, 6,515 new ZEVs were registered during the first six months of the year or 8.4% of all new vehicles purchased. Within that group, 78.5% were battery electric vehicles.

Numbers for the entire year are expected to be available during the first quarter of 2021.