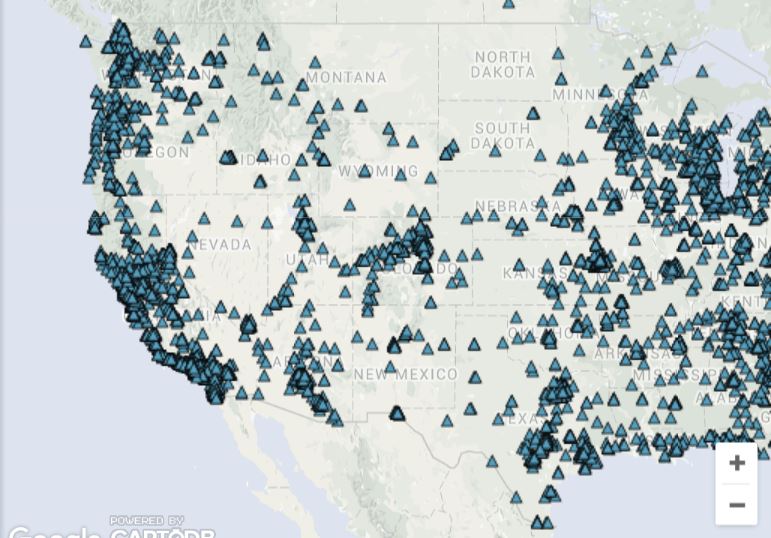 California will issue nearly $9 million in grants for the installation of electric-car DC fast-charging stations along the state’s highways.

This will create a charging network to link up the country’s most populous state with the West Coast Electric Highway already developed by Oregon and Washington.

That will, in turn, make it easier for electric-car drivers to take long trips up and down the West Coast.

The California Energy Commission solicited applications for this project last July, and is now awarding grants to four companies.

In addition, 40 more sites will have a single 240-volt Level 2 AC charging station, and one site will get two Level 2 stations.

California already has thousands of Level 2 stations, but most are clustered around metropolitan areas like Los Angeles rather than along high-speed freeways.

Stations are much harder to find on highways, and Level 2 stations’ long recharge times make them less than ideal for long trips anyway.

The California Energy Commission grants will finally give the Golden State a way to connect to the West Coast Electric Highway in Oregon and Washington, of which the first segments opened four years ago.

This is a network of DC fast-charging stations installed every 25 to 50 miles along major highways in the two states.

While electric-car charging makes up the bulk of the California grants, the network includes natural gas, biodiesel, ethanol, and hydrogen fueling infrastructure as well.

As the name states, this programs provides purchase incentives for natural-gas vehicles.

MORE: West Coast Could Cut Oil Use In Half By 2030: Report

This is primarily aimed at fleet operators, as lack of fueling infrastructure and a limited selection of models has dampened interest in natural-gas cars among individual consumers.

The new funding will address a current wait list, and provide incentives to future applicants.

Last year, the Energy Commission gave more than $11 million in incentives to buyers, who must operate their natural-gas vehicles in the state for at least three years.