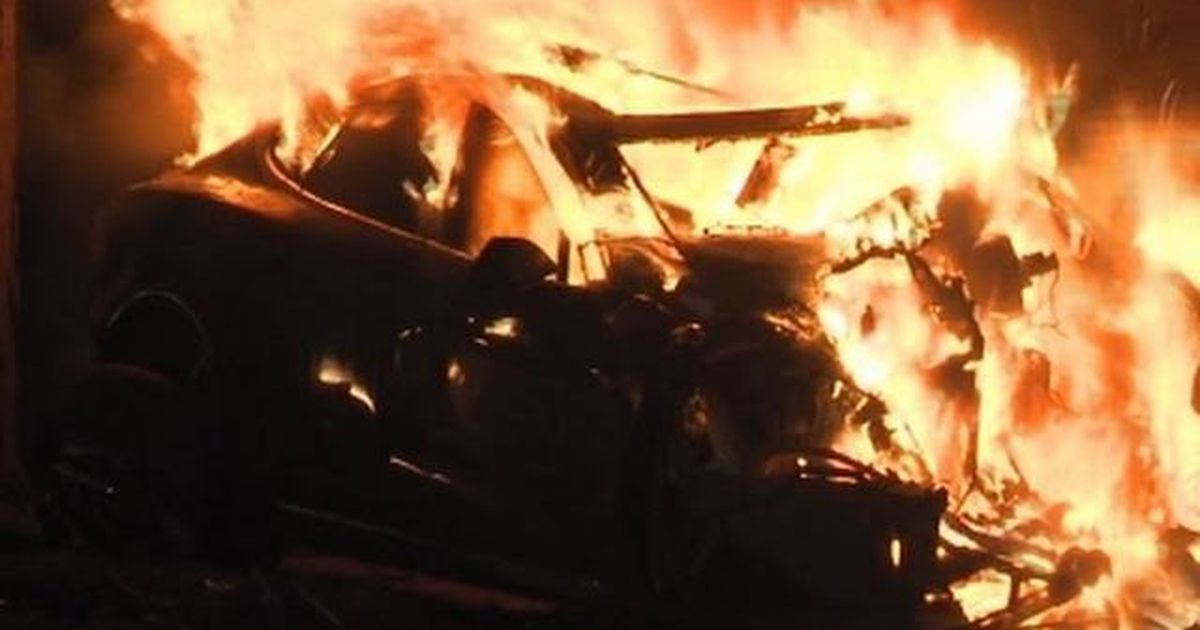 There are a lot of myths out there about electric cars. Half truths and urban legends given enough coverage in the media to cause many people to reconsider buying an emission free vehicle.

This week we begin a series of myth-busting articles to reveal the reality of electric vehicle ownership. And we’ll begin with the one myth that continually makes front page news – the spontaneously combusting Tesla.

Yes, some Teslas have caught fire. And before the embers have cooled there are stories in leading national newscasts and bold headlines in reputable newspapers and magazines.

And who can blame them. Nobody wants to drive a car that just suddenly bursts into flame, let alone one prone to catch fire after a collision or other road mishap.

But how often do Teslas actually catch fire?

The first reported fire involving a Tesla occurred on October 1, 2013 after a Model S driver struck a large piece of metal that fell off a semi-trailer on a Washington State highway. A passerby captured phone video of the fire which was widely posted. Ignored in the reporting was that the car’s onboard systems had alerted the Tesla driver to stop the car and exit the vehicle before the flames were visible.

Since then, a grand total of 40 Teslas world-wide have been involved in fire incidents. The majority occurred following catastrophic high-speed collisions that ruptured the lithium-ion battery packs. All were investigated by local authorities including such agencies as the American National Transport Safety Board. None have ever apportioned any blame to Tesla’s design or construction.

And in virtually every case, including fires sparked by improperly installed chargers, Tesla has upgraded its safety systems to recognize and avoid a similar problem recurring.

Based on the last available data, Tesla experiences five fires for every billion miles travelled.

That compares to 55 fires per billion miles travelled in gasoline cars.

The last figures available from the National Fire Prevention Association (2015) indicate there were 174,000 car fires in the United States that year (an average of one every 3 minutes) which resulted in 445 deaths.

So far, no deaths in a Tesla have been attributed to fire.

And these numbers don’t reflect the mass recalls made by ICE car manufacturers for fire dangers.

Last year, Ford alone recalled 440,000 cars, SUVs and trucks indicating in one recall notice “a lack of coolant circulation may cause these vehicles to overheat and explode”. And I’m betting that unless you were one of the unfortunate Ford owners opening that recall notice, you didn’t hear much about that, did you?

So why is a Tesla catching fire front page news?

Well, it might be because the enormous popularity of the car and notoriety of its inventor means more people will have an interest in the story.

It might have something to do with the airline crashes attributed to lithium ion batteries in cargo holds which were a cause for concern several years ago.

Or it might just be that unlike ICE manufacturers, Oil companies and others connected to the automotive industry — Tesla doesn’t advertise, refusing to participate even in event television like the Super Bowl or those thick weekend automotive sections that keep many newspapers afloat.

For all we know it could be increasingly desperate Tesla Short sellers or some poor sap hoping nobody will notice him torching his oversized pick up because he can’t afford the cost of fuel to keep it running.

Ultimately, all that really matters is that the spontaneously combusting Tesla is a myth. One that people in the media should be embarrassed at repeating.