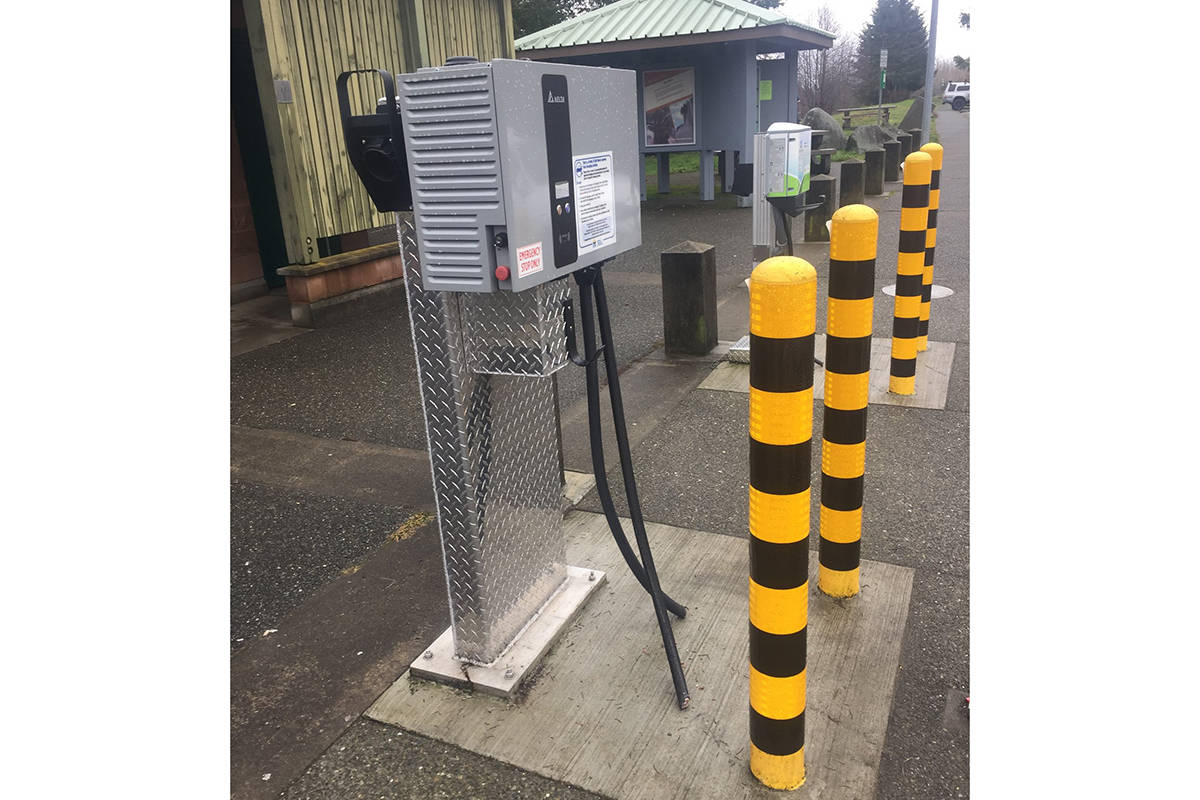 Cable ends to all five charging stations at the Buckley Bay Rest Stop have been severed, rendering them inoperable.

And while there were security cameras on-site, their power supply was also cut, so no record of the vandalism was captured.

Some of the damage has now been repaired, but BC Ministry of Transport and Infrastructure has indicated that it could be several weeks before the rest stop is fully operational and estimates the cost of restoring full service at up to $10,000.

“The cost of what’s been stolen is not that high, so it’s a question of whether it’s just basic vandalism, or theft,” he said. “The technician told me that even if they took the entire length of cable, we’re only talking about maybe $30 worth of [copper].”

A Ministry spokesperson indicated vandal proof power boxes and surveillance cameras will be added at the location.

Thanks to the Comox Valley News, Terry Farrell and Yoga Adesca