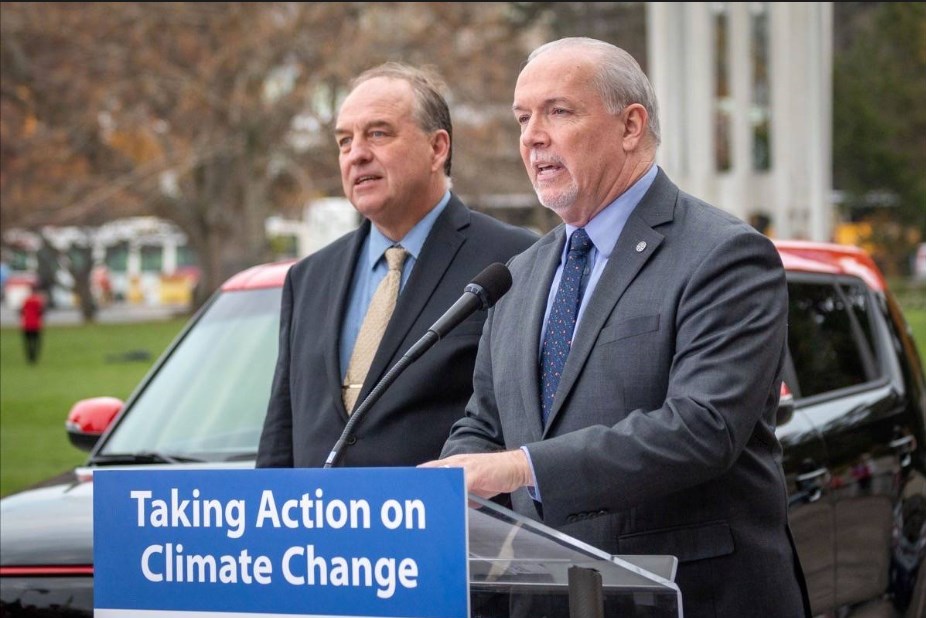 It appears the British Columbia government’s commitment to fighting climate change and achieving it’s ZEV mandate is based on how much of the freight will be paid by the Federal government.

A Press release this morning (June 22, 2019) from the Ministry of Energy, Mines and Petroleum Resources indicates that as of this date, provincial rebates for electric cars will be reduced from $5,000 to $3,000 with reductions for other low emission vehicles reduced as well.

“With British Columbians eager to get behind the wheel of a clean energy vehicle (CEV), the government is releasing another $26.5 million and making changes to its popular CEVforBC rebate program to meet ongoing demand.

“With federal and provincial rebates now in place, switching to an electric vehicle is more affordable than ever,” said Michelle Mungall, Minister of Energy, Mines and Petroleum Resources. “Part of our CleanBC plan, the CEVforBC program has been a resounding success. The changes we are making today will ensure it remains accessible and supports even more British Columbians in getting their first clean energy vehicle.”

Budget 2019 committed $42.5 million toward the CEVforBC rebate program for this fiscal year, with $15 million having been released. The changes made include lowering the maximum price eligibility threshold to $55,000 – ensuring the program supports the most affordable vehicles.

On May 1, 2019, the federal government implemented a $5,000 CEV rebate in addition to any provincial rebates in the market, which resulted in unprecedented CEV sales across the province. The provincial rebate will be reduced to $3,000 for battery, fuel-cell, and longer-range plug-in hybrid electric vehicles and to $1,500 for shorter-range plug-in hybrid electric vehicles, effective June 22, 2019. Vehicles purchased or reserved prior to that date will be covered by the prior program incentives and rules.

CleanBC is a pathway to a more prosperous, balanced and sustainable future. CleanBC was developed in collaboration with the BC Green Party caucus and supports the commitment in the Confidence and Supply Agreement to implement climate action to meet B.C.’s emission targets.”