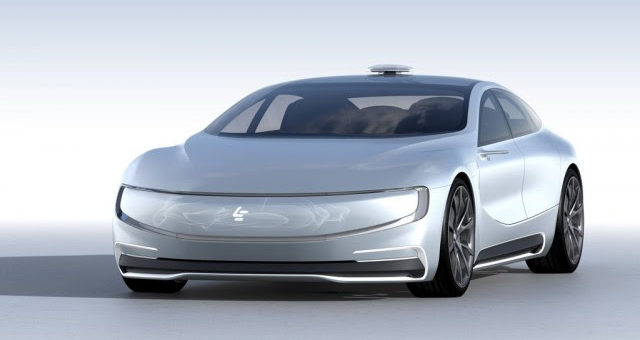 Hard to keep track of all the new electric cars appearing out of nowhere. Billions of dollars are being invested into 100% electric drive trains with no end in sight of new models and factories to back it up. How does oil fit into all of this? I think, it simply does not! Smart money is on 100% electric. Tesla fans don’t worry, Elon is way ahead of the pack and welcomes new electric car ventures.

It will take 20 years to replace all the fossil fuel cars in the world if everyone were to start building them today.

What are our objectives? First and foremost the environment, second a better car without compromise, third a healthier world to live in.

Chinese electronics giant LeEco is the main backer of Faraday Future, the Silicon Valley startup that plans to launch its first electric car sometime in the next few years. But at the 2016 Beijing Motor Show, it will apparently unveil a different electric car. It’s a concept luxury sedan called the LeSee, short for “Le Super Electric Ecosystem.”…