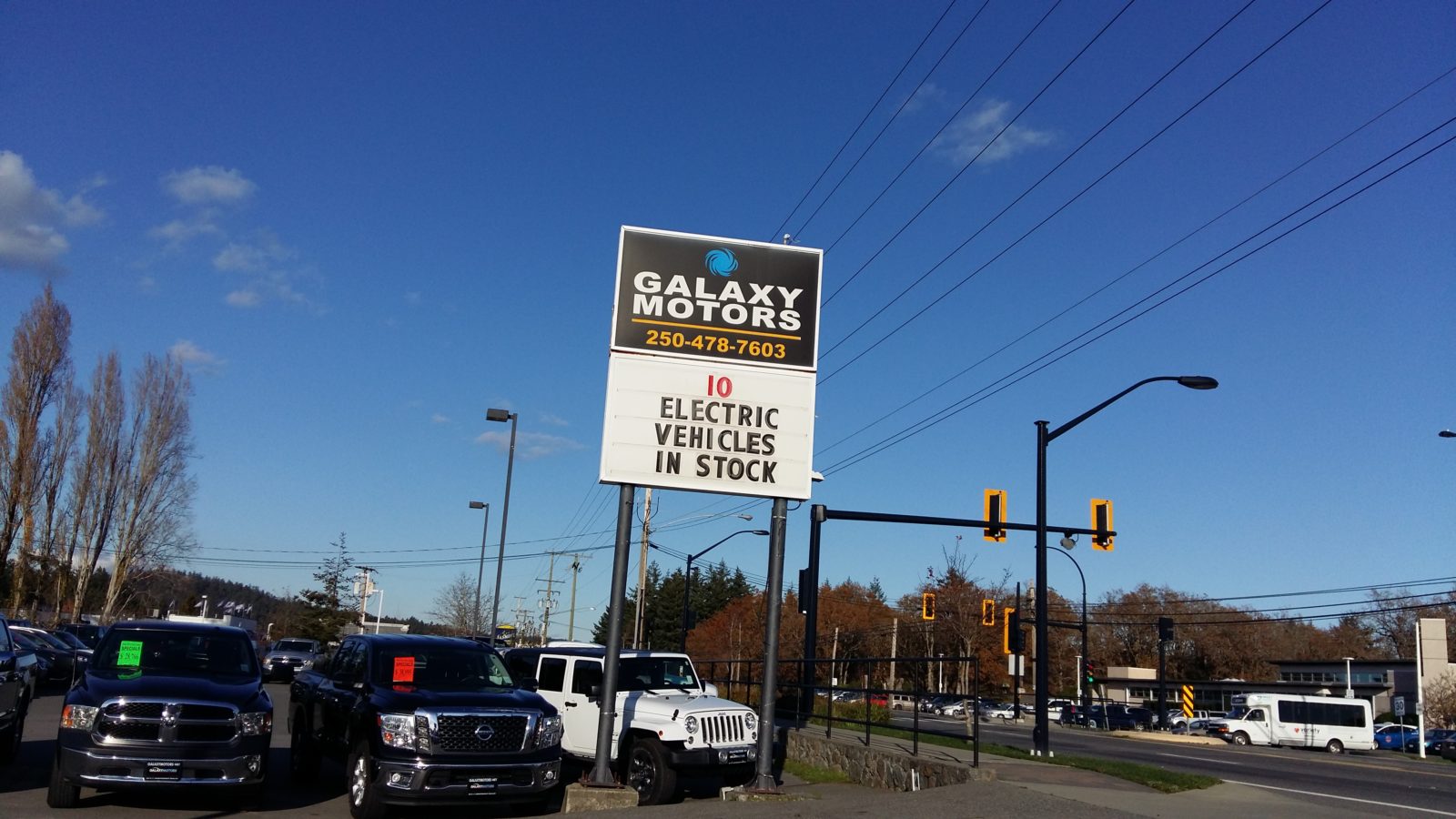 Another Dealership Joins The R-EV-olution One more location where Vancouver Island residents can purchase an electric car has opened in Colwood. Galaxy Motors on the Island Highway recently welcomed its first used EV and is rapidly expanding its inventory of Nissan, BMW, VW and KIA vehicles. The sign above the lot just scratches the surface on what’s available below it.

According to General Sales Manager Colby Perkins, Galaxy’s intent is to make 25% of its inventory vehicles that are fully battery electric, remarking that it’s becoming clear that electrified transport is the future and it just makes business sense to move into the market sooner rather than later.

And the electrification of Galaxy is going even further. Rooftop solar panels are being installed to power both the facility and its Level 2 charging stations. In addition, the dealership’s service staff are being trained to service and repair electric vehicles.