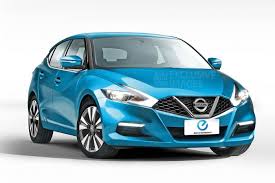 2017 Nissan LEAF Will Be More Conventional, Less Nerdy, Says Nissan Designer
OCTOBER 8, 2014 BY NIKKI GORDON-BLOOMFIELD 10 COMMENTS
Here at Transport Evolved, we’ve got to admit that we’re kind of fond of the Nissan LEAF’s unusual design and almost anthropomorphic front, complete with big eyes, squat nose and open mouth. As we say here in the UK, the Nissan LEAF is something of a Marmite car. You either love it, or you hate it.

But while some 140,000 customers around the world obviously like the current, slightly nerdy look to the Nissan LEAF, the next-generation car — due in 2016 as a 2017 model year vehicle — will be designed to cater to more conventional tastes.