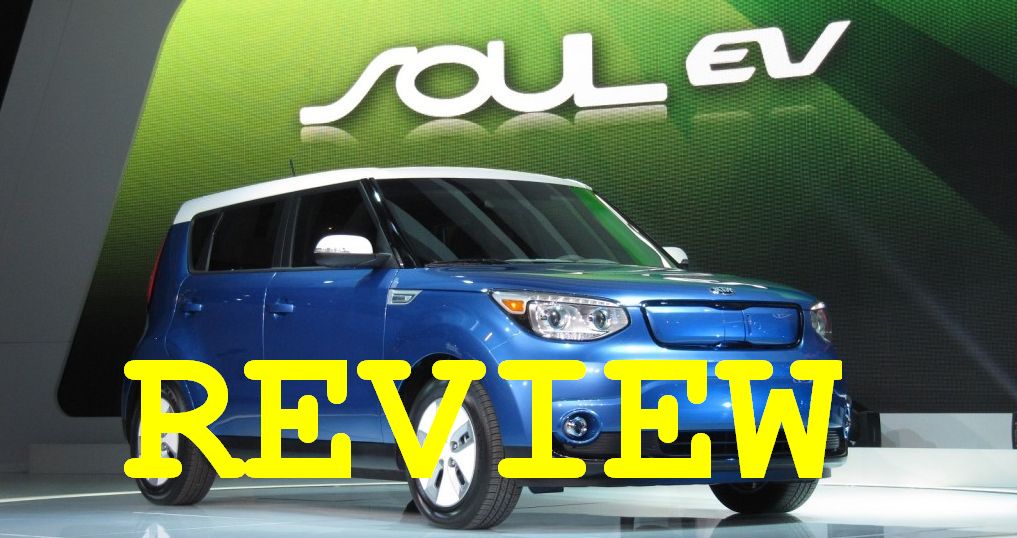 It has been a few months since our last in depth EV review with the 2016 Chevy Volt so we’re excited to jump into another in-depth review: The 2016 Kia Soul EV.

I got the Soul EV yesterday driven from New Jersey about 52 miles away. With most other sub-100 mile commuter EVs this would mean it was pretty much useless to me upon delivery before charging. But the Kia Soul has a 115 mile city range (93 on the highway), the biggest non-Tesla range currently available in the US, so I had about 60 miles to play with.

That’s great because my first test, the nearest CHAdeMO station, is around 20 miles from my house, and I want to make sure I can get back if this is a failed mission…

Before we get to the DC fast charging experience, let’s talk about the mileage a bit. The the 115 city/93 highway difference owes itself to the Soul’s non-aerodynamic/boxy shape which presents more resistance at highway speeds and its very capable regenerative braking in city driving. Compare to the Nissan Leaf which has a slightly bigger 30 kWh battery pack, but it gets 107 miles of EPA range.

When you get on the highway, you definitely feel the wind noise.

When fully charged, the Kia says it has a 115 miles of range on it and driving around town, I found its measurements to be pretty accurate. For instance, if I dropped down to 100 miles of range, I will have driven about 15 miles. In around town driving I saw energy usage usually in the 200-250 watt hours/mile range. Of course that varies by how hard you are driving and the terrain.

The Kia soul EV was born a compliance car, not designed from the ground up to be an EV. You can tell from popping the hood. There are vast spaces of air where the bigger, more complex ICE (internal combustion engine) was swapped for a much smaller electric drivetrain (below). The 27 kWh battery pack lives under the rear seat/floors but only removes about 3 inches of space thanks to some crafty engineering. As a compliance/ZEV credit car, The Soul EV is currently available in 10 key states including New York (though not at my local dealer), California, Connecticut, Georgia, Maryland, Massachusetts, New Jersey, Oregon, Texas, and Washington.

From outward appearance, not much has changed from the Soul ICE version. If you look close you will see different light packages, a EV front grill and low rolling resistance “EV” tires. My Titanium Gray loaner car is nicely trimmed out and has a big panoramic moon roof, leather seats and a fairly responsive and large touch screen. I have some issues with Kia’s OS and the outsourced App however and the touch screen isn’t Carplay or Android Auto compatible until the 2017 model unfortunately.

This thing is not a speed demon by any stretch of the imagination with its 109hp (81.4kW) engine. Like all EVs, the power is immediate and direct but as the Soul EV hits about 20mph, it starts to feel like the power is falling away. I did a few 0-60s up and down on ramps but didn’t bother timing them – my hourglass is in the shop:

But overall it feels good to drive, especially around town – at least as good as you’d expect in a Soul box car. My first trip was to the Chademo charger about 20 miles from my home. It is an NRG EVGO station located between a grocery store and a strip mall with stores and restaurants. There are 2 parking spaces but they aren’t clearly marked. One of them was ICE’d by a hoarder in a station wagon type of car. Someone may have been living in there. [digress]

NRG EVGO stations want you to buy a proprietary NFC card but you can use your Apple Pay or Android Pay via NFC at some stations. Not this one. I got on the phone with someone who allowed me to give them my credit card number which would charge me $10 plus tax for half an hour (!!). After 3 failed attempts at getting the charger started and the station saying it was broken, the operator was able to get the thing to work. The Chademo charging port is much bigger than a Tesla cable and about the same size as the SAE combo.  The cable itself is thinner than Supercharging cables and much much longer but they carry about a third of the power (50kW vs. up to 145kW for Superchargers).

When I got back to the car after a quick bagel, it was already topped off and the display on the charger was back to its default state. The battery however was only charged to about 80% – around 92 miles – so I added about 50 mile of range.

I got on the phone with a few NRG operators to ask what was going on but they were mostly clueless about their products and what had happened. Kind of a tragedy because I’m sure a lot of non-Tesla EV drivers run into this issue often.

I had one more errand to do this day: Pick up a bike. Would it fit in the back with the seats folded down?

I’m not even sure I needed to take off the front tire to be honest.

In any case, the Soul EV had a pretty productive Day 1. Stay tuned for Diary entry #2 tomorrow.