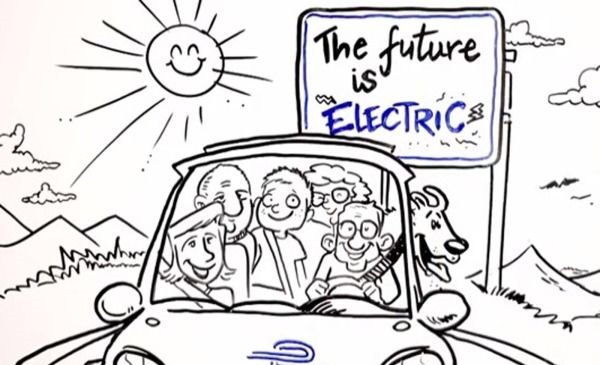 30 Reasons Your Next Car Should be Electric

There’s an unstoppable force underway in the transportation market, and I’m not talking about mass adoption of Segways (sorry, Bill Gates).

No, it’s about the technology that has come to dominate CleanTechnica coverage — electric transport. Electric cars, electric buses, and electric trucks are simply better than their gasoline predecessors. They offer a more exhilarating drive, a smoother ride, more convenience, cleaner air, a livable climate, less maintenance, lower operating costs, and a clear conscience, among other things.

I’ll let you in on a little secret: we’re electric car fans here on CleanTechnica. I know, you’d never know it if I didn’t tell you. Somehow, though, we’ve never written an article on the many reasons your next car should be electric. So, here’s a piece on 30 reasons that come to my mind.

Yes, despite the hype about charging times, there’s a good chance that driving electric will save you time. Imagine it like this: You have a gas station at your house. When you get home, you stick the nozzle in the car and go inside to have dinner, play with your kids, chill out on the couch, work on something, play video games, knit, go to sleep, or whatever. When you leave the next day, you just take the nozzle out.

If you have charging stations at work, home + work charging will probably cover ~97% of your charging needs. If it turns out you have no option to charge at home or work, there are still plenty of productive and recreational things to do while charging in public (that list doesn’t even include Pokémon Go!), and it still just takes a few seconds to plug in and unplug. (Though, admittedly, ICE’ing is a legitimate concern and some parking officers may not be doing what they’re supposed to do in order to prevent this.)

You charge your computer, telephone, and tablet at home, right? Would you prefer they ran on gasoline and lasted 1–3 weeks between fill-ups, but that you had to take them to a gas station every 1–3 weeks? I didn’t think so.

New technology can’t just be “meh, it’s as good as the old stuff.” If it is to burst through the bubble of human inertia, it’s got to be better. Electric cars definitely are better. Yes, you have to pay >$100,000 to get a 5–7 seat Tesla Model S P100D that smokes almost every other car in history to 60 mph, but even a low-cost electric car like the Nissan LEAF or Renault Twizy is fun to drive thanks to instant torque and the effortless, nearly silent, super efficient power of electric motors.